Convincing Small Business that Prosperity Is Just Around the Corner (Opinion)

By Scott Shane September 7, 2012
Opinions expressed by Entrepreneur contributors are their own. 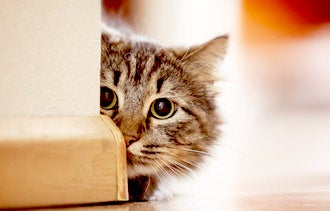 Policymakers might want to try giving small business owners antidepressants. After all, they are running out of other options to get business owners out of the funk they have been in since the Great Recession began at the end of 2007.

Small business owner malaise is a real problem because economic growth is a self-fulfilling prophecy. If business owners aren’t optimistic, they don’t invest, don’t build inventories and don’t hire -- and that holds back the economic expansion. But when they are optimistic about economic prospects, they tend to take actions that trigger growth.

When the economy emerges from a recession, small business owners are typically optimistic about the future. In early 1983, when the economy came out of the last deep recession, for instance, their optimism took off. But small business owners have not expressed much optimism in the current recovery. The National Federation of Independent Business’s (NFIB) optimism index, a key indicator of small-business attitudes, remains mired near recessionary levels, measuring 91.2 in July.

A change in small business owners’ thinking can trigger an expansion. Small companies employ roughly half the private-sector labor force and contribute about half of private sector GDP, According to the Small Business Administration. Getting half of the private sector investing and hiring again will move GDP numbers up and unemployment numbers down.

Large companies will expand too, because small businesses are their customers. If small businesses ramp up investing and hiring, big business will see greater demand. That, in turn, will further push GDP and unemployment numbers in the desired direction.

Of course, the Obama administration recognizes the importance of getting small-business owners to invest and hire. It has tried numerous approaches to stimulate the small-business sector, including cutting the payroll tax and enhancing the deductibility of small-business investment.

But these policies have not worked. Investment and hiring by small businesses remain anemic. In June, the Intuit Small Business Employment Index stood at 93.3, below the 99.1 it recorded in November 2007, the last month before the Great Recession began. NFIB figures show that in July, 21 percent of small businesses planned to make a capital investment over the next six months, that’s nine percentage points below the number making those plans in December 2007.

While no one wants our elected officials to lie to small business owners, policymakers need to get them to buy into a vision of a better tomorrow. A self-fulfilling prophecy is a powerful tool if policy makers can harness it. So, let’s turn a negative into a positive. If those in Washington embellish and exaggerate a bit to convince small-business owners that prosperity is just around the corner, they will, in fact, bring prosperity to just beyond the bend.

Later when GDP growth is again humming above three percent and unemployment is back down below six percent, Americans will be in a benevolent mood. They will forgive the policymakers who stretched the truth and told creative stories to get us there.

Being Cold Can Hurt Your Productivity