Why the Fed Should Ease Up on Weak Small Banks (Opinion)

By Scott Shane September 13, 2012
Opinions expressed by Entrepreneur contributors are their own. 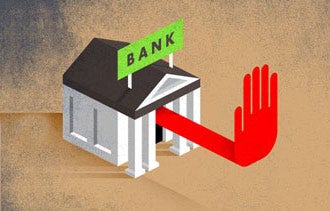 Bank lending to small business is down dramatically from pre-recession levels. At the end of 2010, the number of loans outstanding to companies with sales of $1 million or less was one-third the total before the Great Recession, according to data from the Federal FinanciaI Institutions Examination Council (FFIEC). Loan value is also significantly less. When adjusted for inflation, the dollar amount of outstanding loans fell 55 percent between 2007 and 2010.

While most experts agree that small-business lending has dropped, they disagree on why. Some see a demand side problem. The National Federation of Independent Businesses (NFIB), for example, argues that small businesses aren't seeking loans as much as they once did. With demand for their products and services down, they aren't investing and hiring, the NFIB argues. Therefore, they don't need the volume of bank loans they once did.

Others, however, claim that we have a supply side problem. Julie L. Stackhouse, senior vice president for supervision, credit and the center for online learning at the Federal Reserve Bank of St. Louis, for instance, argues that banks have cut back on small business lending. One reason for the decline: regulators' calls to improve bank balance sheets after the lenders experienced high losses on their loan portfolios.

Recent evidence suggests that the reduced lending trend is particularly evident with weak small banks. Federal Reserve Bank of San Francisco economist Elizabeth Laderman shows that these banks have been cutting back on small-business lending, perhaps in response to the regulators' calls to shore up their financials. The reduction in lending could be holding back economic growth and job creation by denying small businesses the credit they need to expand.

Laderman's research suggests that Federal Reserve Chairman Ben Bernanke needs to rebalance Fed policy, shifting back toward encouraging banks to loosen loan standards. As any first year economics student can tell you, economic policy is about balancing tradeoffs. The Fed needs to try to keep banks from making risky loans that get them into trouble, but it also needs to keep capital flowing to small companies that need it.

Finding the right balance certainly isn't easy. When the Fed encourages loose lending standards, as it did in the early part of the 2000s, lenders extend too much credit, including some to small companies that cannot pay them back. On the other hand, tight lending standards can cause banks to deny credit to worthy borrowers that need it to invest and hire and help spur economic growth.

When regulators cracked down on banks in the aftermath of the financial crisis, the Fed appeared to be wisely tightening loose lending standards. But now the pendulum appears to have swung too far the other way. Tight standards have caused a credit shortage that is keeping worthy small businesses from getting financing they need to operate effectively.

The Fed needs to loosen its choke hold on banks to get them lending again. While there is always a risk that loosening standards will again cause problems, particularly at banks that remain weak financially, the benefits of relaxed lending policies outweigh the costs. Right now, policymakers need to stimulate economic growth and job creation in the small-business sector.

Volkswagen AG (VWAGY) Stock Sinks As Market Gains: What You Should Know