How to Stump: Storytelling Tips from the Campaign Trail

By Sarah Max September 12, 2012
Opinions expressed by Entrepreneur contributors are their own. 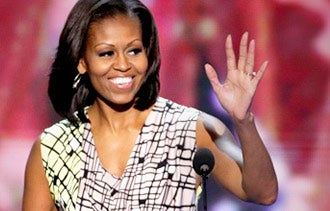 No matter what you think about politics, election season is a great case study in storytelling.

The Republican and Democratic national conventions alone brought dozens of speakers to the stage. And with two months to go before Election Day, there's still ample opportunity to glean tips for "getting out the vote" with your own constituents, be they employees, customers or investors.

We asked communications experts to weigh in on what business leaders can learn from the campaign trail.

1. Make a personal connection. Democrats and Republicans may have different ideologies, but they both opened up at the recent conventions, which was effective. "What struck me was the personal tone," says Aileen Pincus, president of The Pincus Group, an executive training firm in Silver Spring, Md. "The whole point of public speaking is to lift back the curtain and let people really see you."

Ann Romney, for example, told of marrying her high school sweetheart, living in a basement apartment and raising five sons. "She shared some of her own struggles, and it was very effective at providing a personal link to Mitt," Pincus says.

Your own story needn't be dramatic to resonate with audiences. "If it speaks to a universal truth, such as hard work or family, there's going to be a personal connection," Pincus says. Ideally, your story should ulitmately point to something bigger. Take San Antonio Mayor Julian Castro's keynote, which touched on being raised by a single mother who emigrated from Mexico. "It tied into larger themes -- education, family and community."

Can you allude to the same story again and again? "For business folks repetition is good for your brand," Pincus says. "Your messaging has to be consistent." But the trick is recounting the story as if you've never told it before. Vice President Joe Biden's story about growing up in Detroit, the son of a used car salesman, for example, sounded a little rote, in Pincus's opinion. "When he tells that story it's like ‘Oh no, here we go again.'"

2. Know your audience. While it's critical to keep your message consistent, "you still need to tailor your speech for the audience," says Wilson Tang, head of Digital Creative at TBA Global, a New York engagement marketing firm. The candidates do this frequently, adjusting remarks to everyone from auto workers to college students, depending on the crowd.

More importantly, your speech needs to give your audience information that relates back to them. "The audience ultimately wants to know what's in it for them," says John Rasiej, CEO and founder of Speak Louder than Words, a Wycombe, Pa., public speaking consultancy. "Many of the speakers at the convention did a good job telling their story, but they failed to make that connection."

3. Have an agenda. Politicians usually have an ulterior motive when they make public appearances, and so should you, whether you're trying to break into a new market or lay the groundwork for funding.

"Before a speech, you should ask ‘What are my tangible goals?'" Rasiej suggests. Watching First Lady Michelle Obama's DNC speech, he says, it was clear that her primary goal was to connect with the people at home, especially swing voters. "When she made her key points," Rasiej says, "she was looking directly into the camera."

4. Play up your strengths, poke fun at your weaknesses. Former President Bill Clinton's speech was considered the highlight of the DNC convention, according to a poll by the Pew Research Foundation. But does that mean you should attempt to emulate his style? "Clinton was definitely amazing, but very few people are going to be able to do folksy and wonky," Pincus says.

The same goes for humor. When it works, it's brilliant. When it doesn't, "it sucks the energy out of the room," Rasiej says. Representative Paul Ryan's joke about Romney's iPod playlist -- "I've heard it on the campaign bus and on many hotel elevators" -- got some laughs. But Romney's attempt at a comeback - "But Paul, I still like the playlist on my iPod better than yours" -- fell flat. "For Romney the humor that probably works the best is self-deprecation," Rasiej says. "If you're not the best speaker up there, make fun of it."

5. Nail the first two minutes. It's not necessary to memorize your entire speech, but you should know exactly what you're going to say the first couple of minutes. "Audiences are going to come to some conclusions immediately," Rasiej says. "If you come out and don't appear fully confident, the first impression will be that you don't know what you're talking about."

That's not to say you can just wing it after the first few minutes. "Don't be a Clint Eastwood," says Rasiej, referring to Eastwood's now infamous talk to an empty chair at the RNC. Even if you're comfortable without a script, at the very least have a roadmap. "You don't want to jump to a point without laying the groundwork," he adds.

Also, keep in mind that the oral word is very different from the spoken word, adds Pincus. "You have to write for the ear," she says. That means using repetition to underscore a point (Romney, for example, repeated the phrase "this president" when criticizing Obama) and letting big ideas "land" by pausing before moving on to the next thought.

6. Remember, it's how you say it. You've crafted the perfect speech and practiced it several times. Then you get on the stage and realize it feels nothing like standing in front of the bathroom mirror. "If someone looks uncomfortable it's going to transcend everything they're saying," says Rasiej, who recommends practicing in front of a video camera instead of a mirror. "The best speakers are the ones who can really settle into themselves and be in the moment."

They don't get tripped up by the technology, whether it's a teleprompter or a PowerPoint clicker. "Obama is very good at looking through the teleprompter," says Rasiej. Nor do they cower behind a podium. In fact, Pincus recommends never using a podium. After all, she says "the whole point of standing up in front of people is to let them see you."