How Your Business Plan Might Be Holding You Back

In 1995, Jeff Hyman spent six to eight months developing a business plan for his internet recruiting website, Career Central. By the time he was done, the document was more than 150 pages. His Silicon Valley colleagues praised its thoroughness. The plan was successful and landed him the $500,000 he had hoped to raise for the startup. But in retrospect, he wonders if his time could have been better spent.

Last year, Chicago-based Hyman had another entrepreneurial idea -- Retrofit, a data-driven weight-loss company. This time, instead of writing a business plan, he spent four months testing his concept; he also interviewed potential customers, distributors and obesity experts to get a complete understanding of the market. After more than 100 meetings, Hyman put together a business plan that was only two pages long. With it, he managed to raise $2.7 million in startup funding.

"Time is now your enemy," Hyman says. He is among many in business today who are convinced that "the dynamics of the market change so quickly" that spending months to perfect a highly detailed business plan simply isn't worth the trouble. 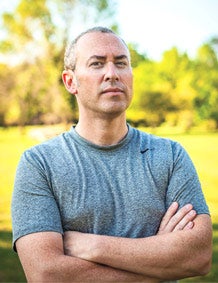 Mandy Williams invested even more time -- thousands of hours over the course of a year -- developing a comprehensive business plan for an entertainment production company. But instead of helping her business achieve its goals, the plan ended up restricting its vision. "I don't see the value of investing time in a business plan," she says in retrospect.

Williams' Houston-based company was born in 2004, when she began helping her sister, whose husband had lost his job, with money management and other life issues. The two shared e-mails, instant messages and phone conversations about personal finance, time management and stress reduction. Less than a month into her mentoring role, Williams realized her sister was not the only woman who could benefit from this kind of training.

The two discussed turning their life-skills idea into a TV show and other entertainment spinoffs. Excited about the prospects, Williams spent the next year writing a business plan. Entertainment bigwigs in Los Angeles and New York were encouraging, so she thought she was on the right track.

The sisters' company, Red & Black Productions, ultimately got off the ground when they self-published a book, What I Learned About Life When My Husband Got Fired! The book was launched at Neiman Marcus, which led to a speaking engagement. It was there that a member of the audience asked, "Why aren't the lessons in your book being taught in our schools?"

For Williams, the question was a turning point. She realized she had been so focused on pursuing a TV deal, as outlined in her business plan, that she had ignored opportunities to leverage her content in other ways.

Subsequently, Red & Black developed and taught a 12-week personal financial literacy program at KIPP Houston High School; eventually the Texas State Board of Education approved the material as a textbook for use in all its districts.

Today Red & Black is thriving in the education market--which was not part of that initial (and lengthy) business plan. The company's agenda is now mapped out in a one-page mission statement.

Get to the Point
It's not just entrepreneurs who have come to the realization that exhaustive business plans may be overrated. Venture capitalists, angel investors and bankers are also in favor of stripping down such documents. Many say they simply have no time to read a 100-page plan--even if they were so inclined--and that there is little value after the first few pages.

The modern business plan is a dramatically distilled version of those from five or 10 years ago. The best ones today address market opportunities and how the venture will pursue them, in a few well-written paragraphs. That's it.

Chris Guillebeau, author of The $100 Startup, stresses clarity and focus over heft and thoroughness. "I think a small-business plan should focus on a few simple, essential things," he says. "One, what is the product or service? Two, who will buy it? Three, how will you get paid?" Guillebeau offers a template for a one-page business plan at 100Startup.com.

Related: Chris Guillebeau and the $100 Startup

For entrepreneurs who never had a business plan, the new scaled-back approach can provide ease of entry. Cynde Margritz, CEO of Peak Neurofitness in Arlington, Va., started her company in 2006 without a written plan; connections at NASA led to immediate customers for her cognitive brain training and neurofeedback services. "Clients emerged on their own," she recalls.

Growth was steady, but in hindsight Margritz believes the company may have missed opportunities for funding because she had no documents to show potential investors. Now, as Peak Neurofitness looks to expand into new markets, she thinks the time is right to write a plan.

"We realize we have some missing pieces in our business and want to develop a plan to address those weaknesses and pursue new opportunities," she says. "The biggest benefit is the planning process itself." Her goal is to have a document of no more than 20 pages that can share the company's vision with strategic partners or investors and plan for staged growth.

Reflecting on why she didn't prepare a business plan at the outset, Margritz says, "Some personality types want to leave things open-ended; having fewer things nailed down gives greater flexibility."

For some entrepreneurs, being plan-free can reduce anxiety about moving forward. For those who are nervous about launching, however, an old-fashioned business plan works well--the need for reams of data and documentation allows them to spend months analyzing finances and making tweaks. In other words, it buys them time.

But those longer plans may signal hesitancy or doubt about a concept's viability. A shorter plan, on the other hand, "signals a bias toward action and away from planning," Guillebeau says. "This is not to say that planning is unimportant, but a lot of people get stuck in the paralysis of planning and never actually do anything."

Entrepreneurs who are eager to dive in can knock out a plan in a matter of hours. Because for them, the goal is clear: running a business, not writing about it.

Digital Help
There are plenty of software packages designed to help entrepreneurs organize, write and print out business plans. Darrin Smith, CEO of water-heater company Kenesics in Fayetteville, N.C., had purchased many of them. But without an accounting background, he'd hit a wall when he got to the finance section and give up. He needed help with early-stage business strategy and financial decision-making.

Smith found guidance in an app called StratPad. A version for students and startups costs $9.99; a premium version for small-business owners costs $34.99. StratPad designer Alex Glassey calls the product "a strategic-planning app that helps entrepreneurs with the thinking and decision-making process."

By answering simple questions, such as how his product helps address customers' problems, Smith was able to generate a methodical plan that is about 10 pages long and projects first-year revenue of $131,000. "StratPad is more than a business-plan maker, it's a strategy creator," he says.

Other apps that can help you get started include Docstoc's How to Write a Business Plan, free for iPhone, and Marketing Streams' Business Plan Elite, $5.99 for Android.

5 Lessons Learned From the Recession That Are Still True Today