By Lyneka Little September 25, 2012
Opinions expressed by Entrepreneur contributors are their own. 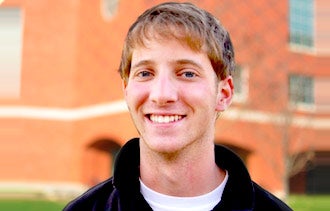 If you don’t know who Cory Levy is yet, you will. And soon.

He’s the 20-year-old co-founder of One, a mobile app that notifies users when someone who shares their interests crosses their path. And though, he’s still young, he’s got the kind of backing that would make most start-up hopefuls jealous.

While the mobile app is not yet widely available, it is getting beta tested on college campuses including UC Berkeley, University of Texas and University of Illinois, where Levy attended college. Soon they’ll begin testing One at the University of Michigan, says Levy. He adds that from there, they’ll continue to focus on deploying the app among college students, rather than the general public.

Similar to Facebook, which first launched on a college campus, Levy is attempting to recreate that company’s start-up trajectory because, as is obvious at this point, it worked. Unlike launching to the general public, as other apps have and failed at miserably, Levy is hoping the app’s exclusivity will help spread word about the app.

While it’s too early to tell if this strategy will work, we’re eager to find out. YoungEntrepreneur.com sat down with Levy to find out more about the young trep’s experience starting up and dealing with the vagaries of the Valley. Here’s an edited version of that conversation:

Q: What was the inspiration behind One?
A: When you think about all the important relationships that you have from anyone you ever dated to your best friends to colleagues, except for family, all of these relationships came through some chance or serendipitous moment. The main problem that realized is that people just don’t know what’s going on around them. We’re passing by millions of opportunities to get to know someone because of a lack of knowledge.

Q: You’ve been quoted saying, “I wanted to find the next step after Facebook.” Do you still consider One the step after Facebook?
A: In a way, we are the step before Facebook. On Facebook, you connect with people you already know but with One you’re connecting with people that you should know. So in a sense that is still true but it’s the reverse.

Q: What made you decide to leave the University of Illinois before graduating?
A: It was the opportunity. I felt like the institution was always going to be there, but this particular opportunity wasn’t. Plus, it’s something I would want to do after I completed my degree anyway.

Q: You often get compared to Mark Zuckerberg for a number of reasons, you’re young, you dropped out of school… you’re brilliant. How do you feel about the comparison?
A: I don’t think about that. It’s a distraction. I like to think that I am the first Cory Levy…I don’t want to be anyone’s “next.”

Q: What’s been your biggest start-up challenge so far and how did you overcome it?
A: Hiring in the valley is a challenge for every tech company. There is so much demand and very little supply. Seek out the best people and do whatever you can to hire them.

Q: When you’re considering an idea, how do you know when it’s worth pursuing?
A: It comes down to testing. There’s no way you know if whatever you’re working on is worth pursuing if no one else is validating it. If you have a product, I would get it in the hands of a small number of unbiased testers. I wouldn’t advise a student to leave school with just an idea and no validation.

Q: What advice would offer fellow young entrepreneurs trying to make it in tech?
A: Products speak louder than words. Build great things and surround yourself with people smarter than you.

What would you advise fellow entrepreneurs considering dropping out of school to start up? Let us know in the comments section below.