What Entrepreneurs Can Learn From NFL Innovator Steve Sabol 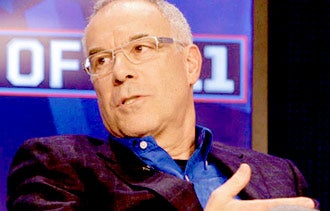 Many of us hope to influence and inspire others to pursue their dreams. The late Steve Sabol, who died this week at the age of 69, not only affected those who knew him personally but most anyone who's been watching football over the past several decades. His entrepreneurial efforts helped revolutionize the sports broadcasting industry.

In the early 1960s, along with his father Ed, Sabol co-founded NFL Films, the Mount Laurel, N.J.-based studio that creates commercials, television programs, feature films, documentaries and other programming for the National Football League. Sarbol and his father are credited with advances in production techniques such as reverse angle replays and setting highlights to pop music.

Sabol's storytelling, creativity and passion for the game inspired young athletes, artists, sports fans and even entrepreneurs like myself. Here are three lessons from Sabol's life that can inspire others to start something great:

Related: What Sports Can Teach You About Running a Business

1. Know how to tell your story.
Sabol was regarded as an amazing storyteller. As ESPN sportscaster Chris Berman once said, Sabol could make a 49-14 game "seem like some kind of Greek tragedy."

Every entrepreneur has a story to tell. There are both stories of success and failure, but your story defines who you are, what you do and how you can help others. Telling your startup story in a compelling way can be the difference between someone choosing you over your competitor, so take the time to define your story and let the world know why you are great at what you do.

2. Assemble a great team.
As a team, Sabol and his father meshed perfectly. Ed was seldom short of ideas but what he didn't think of, Steve did. And often, it was Steve who suggested the artistic touches that set NFL Films apart and helped the NFL grow in popularity.

Understand both your strengths and weaknesses, and align yourself with people who can fill the gaps. The sooner you realize that you don't have to do everything to be successful, the quicker you will find success.

3. Be willing to take risks.
Back in the 1960's, the concept of reverse angle replays, wiring coaches and players during games and setting highlights to music were unheard of. However, as Steve stated in an interview with the Associated Press, "Today of course those techniques are so common it's hard to imagine just how radical they once were. Believe me, it wasn't always easy getting people to accept them, but I think it was worth the effort."

Successful entrepreneurs are wired in a way that allows them to overcome their fears and take on risks that others are not. Part of that is filtering out negative feedback from people who don't understand what you are doing. If you have a vision, take a risk and see it through.

Related: Startups Born from a Passion for Sports