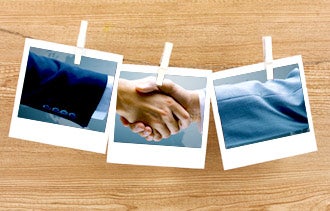 The National Federation of Independent Business, which calls itself the “voice of small business,” has come under fire of late for allegedly representing the interests of big business and for primarily backing Republican candidates. And Wednesday, a watchdog group launched a website to detail the NFIB’s indiscretions, as it sees them.

The site, www.NFIBexposed.org, was created by the Center for Media Democracy, a non-profit investigative reporting group in Madison, Wis., that is generally affiliated with left-leaning causes. The site’s logo crosses through the NFIB’s tagline, “The Voice of Small Business,” and writes instead “A Front for Big Business.”

At the very top of the site, the Center for Media and Democracy says that while the NFIB should be carrying the torch of small businesses, “the group has been shown to lobby on issues that favor large corporate interests and run counter to the interests of small businesses.” Further, the site claims that the NFIB is an intensely partisan group and that it receives hidden contributions to its cause.

In response to the allegations, the NFIB said it is representing the concerns of its 350,000 members, 90 percent of which have fewer than 20 employees. "NFIB and its membership are not concerned with party affiliation; we focus on policies, not party,” said Jean Card, NFIB spokeswoman, in an email to Entrepreneur.com. “It is an insult to small-business owners across the country for another organization, with no connection to small business whatsoever, to imply that job creators don’t know what’s best for themselves.” She added that the group's claim that NFIB represents big business is "baseless and utterly false."

This is not the first time the NFIB has been called upon to defend its funding or its policies. In June, the co-chairs of the Democratic Congressional Progressive Caucus sent a letter to NFIB's president, Dan Danner, saying that contributions the organization had received undermines its nonpartisan claims. Specifically, they called into question a $3.7 million donation from a group Crossroads GPS whose parent organization cites Republican political strategist Karl Rove as its adviser. At the time, the NFIB was leading the campaign to overturn President Obama’s health-care reform act. The NFIB called the letter's charge "unfounded."

Related: What the SBA's Future Holds: Romney vs. Obama

The new website, www.NFIBexposed.org, claims that at least two other conservative-leaning groups, Donors Trust and the Lynde and Harry Bradley Foundation, have made $1.15 million and $100,000 contributions, respectively, to NFIB's legal department. Further, citing the nonpartisan Center for Responsive Politics’ “Heavy Hitters” donor list, the site says NFIB has donated 93 percent of its more than $9 million in political donations to Republican candidates.

The Center for Media and Democracy referred reporters to Wendell Potter, a former insurance executive who has served as one of the center's fellows. The NFIB “is a very, very conservative organization," said Potter, who has testified before Congress about perceived abuse among insurers. “I know from personal experience how they (the NFIB) have represented mainly the interests of the insurance industry and done it very, very well.”

The goal of the site is to show how the small-business trade group allegedly operates, Potter said. He noted that NFIB is a non-profit organization, meaning that it pays no taxes. In Congress, Raul Grijalva (D, Ariz) has asked the Commissioner of the Internal Revenue Service to “revisit existing non-profit disclosure regulations” for organizations like the NFIB.

“We Americans need to have a lot more transparency," Potter said. "We need to know about the often corrosive effect of hidden money.”

What is your perception of the NFIB? Leave a comment below and let us know.