At This Year's Clinton Global Initiative, a New Focus on Young People

By Neil Parmar September 28, 2012
Opinions expressed by Entrepreneur contributors are their own. 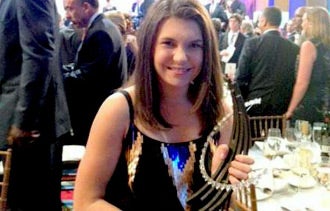 Most attendees of the Clinton Global Initiative (CGI), tended to be more established in their careers — and well beyond their college years.

Yet at the annual meeting of influential leaders of nonprofits, businesses and politics, which convened this week to discuss solutions for social challenges, a younger set of change makers were indeed well represented. They sat alongside older delegates, as they collectively listened to execs from the likes of UNICEF, Save the Children and the United Nations and the World Bank Group. One trep even became the youngest recipient yet to win a Clinton Global Citizen Award.

Here is how the leaders of tomorrow were influenced by, or helped shape, this year’s gathering:

1. Offering Inspiration
Katie Stagliano, who’s just 14, received accolades for her work as “chief executive gardener” of Katie’s Krops, a Summerville, S.C., nonprofit she launched to inspire others to end hunger by nurturing community gardens then donating produce to the homeless. Her idea sprouted up in third grade, after she grew a 40-pound cabbage and gave it to a soup kitchen, feeding 275 people.

Related: How Young Treps Can Participate in the Clinton Global Initiative

“I’m proud to say there are now 51 Katie’s Krops gardens growing in 21 states,” said Stagliano, upon receiving the award from Matt Damon, the actor who co-founded the safe-water nonprofit Water.org. “I know that Katie’s Krops will not only continue to grow — but flourish,” said Stagliano. 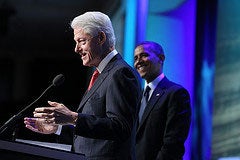 2. Influencing the Influencers
On the morning of CGI’s first day in session, Chelsea Clinton invited young delegates to speak about how more youth-specific issues could be addressed at future meetings. At the meeting, Kyle McCollom, co-founder of the Nashville, Tenn.-based custom apparel company Triple Thread, which helps employ former social offenders, spoke up. He said he and his peers shared their perspectives and were told CGI executives would seek fresh funds to help support youth-led initiatives. “Through youth activism — the Arab Spring, Occupy [Wall Street] — people understand that youth deserve to have a seat at the table,” said McCollom.

McCollom, along with other repeat CGI attendees, noted that this was the first time young people were asked whether they would want to be mentored by senior CGI members or hear from more young treps in future panel talks. They’ll get another opportunity to discuss young people’s roles at future CGI events starting in early April, when more than 1,000 students will be invited to discuss and develop innovative solutions for pressing global challenges at CGI University. The three-day meeting, which will be held at Washington University in St. Louis, works with social entrepreneurs throughout the year before inviting them to attend CGI’s annual meeting.

3. Attracting Funds
Some budding social entrepreneurs from the U.S. and abroad said they attended CGI to build their business connections, scope out what others are working on within their sector and drum up funding for cross-border expansion. The latter task might sound like a hard sell, though treps said their ideas had already garnered credibility because of prior vetting through CGI University. Stephen Gerrard, 27,a founding member of the JustMilk project at Cambridge University in England, which is researching an anti-HIV device, likened the process of going through CGI University to getting “peer-reviewed.” 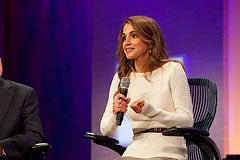 4. Highlighting Youth Challenges
From overhauling the education system of the Middle East to providing more mentorship to young girls, it seemed like most of the highest-profile panelists were proposing some kind of solution for rampant joblessness among youth around the world. Former President Bill Clinton, Queen Rania Al Abdullah of Jordan and Egypt’s newly-elected president Mohamed Morsi, each discussed the issue within the context of the Arab Spring, while Republican presidential candidate Mitt Romney and Jim Yong Kim, who heads the World Bank, noted high unemployment levels among youth in other parts of the world, including the U.S. “For any young person, their number one insecurity and challenge is knowing they can secure a job,” said Queen Rania.

Will this increased focus on young people help more global entrepreneurs start up? Let us know what you think in the comments section below.

Don't Know Your Next Stock Move? Turn to Stocks of Companies You Know and Love