5 Tips for Talking About Politics on Social Media

Sometimes when we talk about things we're passionate about, conversations can get heated. One topic to tread carefully with is politics, especially when it comes to social media.

The third and final U.S. presidential debate is tonight in Boca Raton, Fla. But before you take to Twitter or Facebook to share your opinions about the candidates and what they say, stop and ask yourself this: Would I say this to a client or business partner? It's easy to forget that what's said over social media is visible to everyone, and can turn out to be embarrassing or even disastrous for your brand.

If the leadership at your company feels strongly about publicly supporting a candidate over social media, do so with a simple statement such as, "Acme Rocket Company is proud to support Wiley Coyote for president, we look forward to the future." But, as a general rule, don't socialize personal opinions from a corporate brand unless you are the brand itself. Stick to your personal Twitter or Facebook page for that kind of thing.

If you don't think a single post can cause trouble, consider what happened after home appliance company KitchenAid sent an errant tweet about Obama's deceased grandmother during the first debate. The backlash was so severe that KitchenAid's senior director had to take to Twitter herself, apologizing and fielding all of the abuse.

If you can't resist the temptation to socialize your thoughts on the debate, and politics in general on your personal social media pages, here are five rules to follow:

1. Don't insult anyone. Avoid calling a candidate, or someone who supports him, a moron or any other negative term. Instead, talk about who you like and why. Stay away from posts that say "so and so is the best because" and try a tactile approach such as "I like so and so because he stands for this or have successfully done this or that."

2. Be open minded. While many people align themselves with one particular party they can sometimes be amazed to learn that the other party supports issues that are important to them as well. Approach social media with the mindset that you want to learn what other people think or feel, and why. There is no right or wrong.

3. Don't argue. Remember that communication goes global over social media. When you argue, things can escalate quickly, and you can come across as ignorant or even arrogant to someone who might be a potential client.

4. Retweet and share articles or posts by trusted, non-biased news sources. If there's something you feel you have to get out there, this can be a softer way of expressing yourself. And it allows your friends and followers to read more and decide for themselves.

5. Don't try to change people's minds. People generally don't like being told what to think -- in-person or over social media. Instead, share facts (but make sure you check your facts first) and learn from each other so everyone can make informed, intelligent decisions -- especially when it comes to politics. 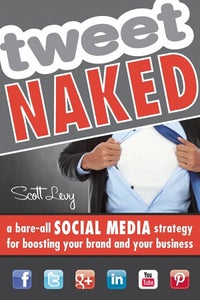