How a Giveaway Helped a Developer Boost App Store Rankings 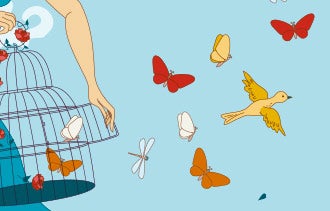 Branko Zabala, CEO of Santa Cruz, Bolivia-based Pinch Multimedia, was disappointed with currency-converter apps. Not only were they clunky to use, they were limited to just, well, currencies. Zabala's idea was to develop a super-converter, one that could make exchanges with real-time rates for 150 currencies and handle 16 other conversion categories, such as weight and temperature.

The result was Converter!, his $2.99 iPhone app. But Zabala knew that fighting for space in the crowded marketplace would be a challenge. So he came up with an idea: Give away his premium version for one day.

It worked, thanks in no small part to aggressive PR. The company sent out press releases, contacted reporters, talked to fellow bloggers, built a blog, translated its marketing copy into 10 languages, made a video and launched a Google AdWords campaign. According to Zabala, Converter! rocketed to No. 3 among productivity apps in the U.S. App Store and was in the top 10 in many other countries as people took advantage of the narrow window to give it a try for free.

"If your goal is exposure, this is the right way to do it," says Gary Bennett, CEO of xcelMe.com, an iOS development and marketing service. "But the problem with pricing an app at [$2.99] or less is that there's only one way to go to promote it, and that's free. Better to start at a higher price and give yourself some wiggle room to build a sustainable sales model rather than give it away right off the bat."

Fortunately for Zabala, his one-day giveaway did provide his nascent company with a foundation to build upon--he's already released his next app, TalkTapp, which allows users to post to social networks and send e-mails and texts in 23 languages by speaking into their smartphones.