By Jason Daley December 12, 2012
This story appears in the January 2013 issue of Entrepreneur. Subscribe »

Two years ago, when Hampton Hotels knocked Subway off its perch atop the Franchise 500©, the general reaction was one of mild surprise. When it stayed up there the following year, it seemed like a fluke. But now that Hampton has landed at the pinnacle for a third year in a row, it's starting to sink in. This brand--which builds and converts hotels in a process that can take years of planning and millions of dollars--is doing something right, something that even spry little janitorial companies, burger franchises and other quick-build concepts can't. It's growing, creating long-lasting customer loyalty and increasing unit revenue year after year.

That success can be seen in the nearly 1,900 Hampton units across 10 countries. And the brand, owned by Hilton Worldwide, shows no signs of slowing down, with some 250 new units in the pipeline for the U.S. and more than 70 elsewhere.

Phil Cordell, global head of focused service and Hampton brand management, describes his company as "an unstoppable brand with an irresistible personality," as exemplified by its core "Hamptonality" concept. That means going above and beyond what people expect from a mid-tier hotel: simple things like remembering customers' names, providing convenient plug-ins for their gadgets and offering perks like free Wi-Fi and a free hot breakfast. And, above all, employing friendly, accommodating staffers who truly believe that little things make a huge difference.

Such efforts are great in the U.S., where consumers demand unnatural friendliness in everyone from gas-station clerks to accountants. But as Hampton expands into international regions where constant smiles and chipper service aren't the cultural norm, the policy becomes much more challenging. With the first Hampton opening soon in Romania and the company expanding into Russia next year, we'll be really impressed if Hamptonality can inspire front-desk clerks in those countries to crack a smile. 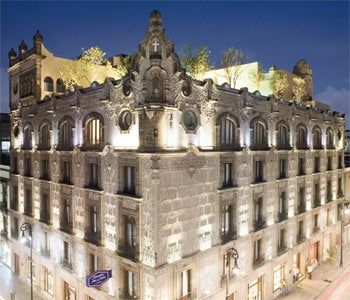 The same is true in other parts of the world. "When we moved into the U.K., where being friendly is not always part of normal behavior in hotels, we had to ask, ‘How do we do this?'" Cordell says. One of the ways they did was by connecting the U.K. team with other Hampton staff members around the world through an intranet, webinars and sharecasts, letting them join a conversation about how to exceed customer expectations. It's a smart way to build global loyalty for the brand, Cordell says: "There are so many ways for our teams to stay connected to one another and explore Hamptonality."