Finding the Right Hire for Your Company 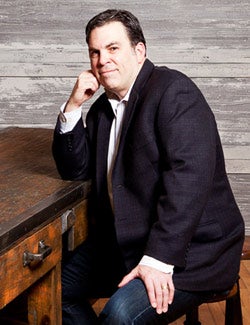 Q: How do you make sure new hires will mesh well with your other employees and with your company's culture?

A: Gregg S. Lipman's hiring motto has always been: "Prima donnas need not apply." That should tell you all you need to know about the spirit of collaboration at CBX, the New York City-based brand agency where Lipman is managing partner.

Like all good entrepreneurs, Lipman has learned from his mistakes. He once tried to hire what he calls "disrupters and agitators"--folks whose personalities, work habits and sundry intangible qualities would clash with the existing work force. He figured those disrupters would create new energy. He was right. Problem was, it was the wrong kind of energy.

"We actually taught ourselves how important culture was to the organization," Lipman says. "Their inability to mesh with the culture actually provided a disservice to the organization. Rather than dealing with business issues, we found we were dealing, a lot of time, with personality conflicts."

Lesson learned, Lipman set about hiring only candidates he believed would fit comfortably within CBX, "using culture as a guidepost." He looks for employees who communicate effectively, resolve conflict peaceably and--just as important--haven't forgotten their manners.

To do that, Lipman engages job applicants in what he calls a "transparent conversation." He tries to go beyond the résumé--way beyond. He might ask about a candidate's preferred brand of candy bar, bottled water or toothpaste.

"I'll say, 'Let's talk like real human beings. Why are you here? Why do you do what you do?'" Lipman says.

"I'm trying to get a sense of whether they're passionate for what they do or if it's just a job. Ultimately, what I try to do in my hiring practice is to get beyond the cliché."

For Lipman, the off-kilter line of questioning reveals a candidate's ability to clearly express his or her thoughts, and that ability inevitably contributes to the company's internal chemistry. "You want to be in an environment where communication becomes second [nature]," he says, "where you have the ability to anticipate and read each other's minds."

Of course, no hiring system can prevent an occasional clash of wills. Lipman might understand this fact of business life better than most, which is why he places such value on an employee's ability to deal with discord. "We're looking for folks that understand that conflict and challenge happen but are capable of taking the high road and handling conflict professionally, in an adult manner," he says.

Lipman clearly knows this isn't going to be possible unless employees show respect--for their co-workers, supervisors and clients. But that doesn't mean he runs a shop full of pushovers. "It really stems from an understanding that no matter what business you're in, you're really in the people business," he says. "If you don't have mutual respect, it makes it difficult to traffic things from A to B to C."

In other words, just remember his motto.