The Future of the Subscription Economy

By Lauren Cannon February 26, 2013
Opinions expressed by Entrepreneur contributors are their own.

If the subscription-service model was last year's cool startup concept of the moment, get ready for its more sophisticated older sister.

Inspired by the viral success of Dollar Shave Club, BeautyArmy and its ilk, subscription services -- which hawk everything from high-heel stunners and baby onesies to soup fixings and pet toys -- have in recent years enjoyed rising interest among consumers and investors alike. But as the category continues to catch on with consumers, deep-pocketed companies are joining the craze, which could in time present competitive challenges to smaller players.

Research firm Gartner estimated in 2011 that by 2015, more than 40 percent of media and digital-products companies around the world would use subscription services for their billing, fulfillment and renewals. 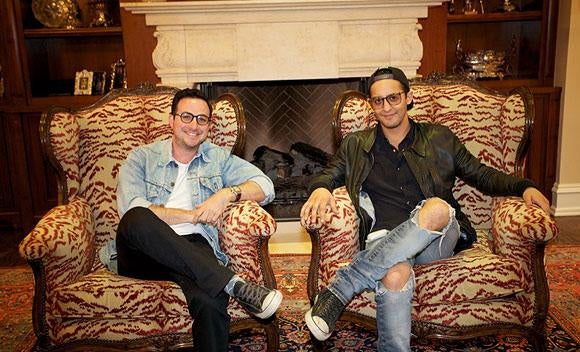 People can be lazy, says Jonathan Shokrian, the 28-year-old co-founder the Los Angeles-based underwear subscription service MeUndies. "If you can catch their attention with the right price point and with a product that they use on a regular basis and that constantly needs changing, you’re going to do very well."

The category is obviously still thriving. Mike Jones' startup incubator Science, Inc., which is behind MeUndies and many other subscription services, recently announced the launch of Ellie, a subscription service for women's activewear. The new service has already raised $2 million in funding from Rustic Canyon Partners, Blumberg Capital and Trinity Ventures.

But the field of subscription services is also showing signs of maturation.

In November, Walmart launched Goodies Co., a monthly food subscription service that claims to offer items that aren't typically found on the retailer's store shelves. For $7 a month subscribers receive a box filled with five to eight hand-picked samples of gourmet, organic or ethnic foods.

And rather than launching a wholesale-subscription service, some retailers might soon consider outsourcing.

In October, Science Inc. also helped launch the ecommerce startup TripleThread, which expects to use information it collects -- such as, consumers' shopping habits, favorite brands and purchasing history -- to help brick-and-mortar boutiques launch their own subscription services. To test its model, TripleThread is working with Fourth and Grand, a site that offers subscribers a monthly shipment of fashionable shirts, ties, pants and sweaters.

Related: Birchbox and Changing the Way We Shop

"We are giving brick and mortar retailers an entirely new revenue channel that is 100 percent additive," Allan Jones, CEO and founder of TripleThread, said in a statement.

Still other companies are looking to acquisitions to enter or grow within the subscription space. The car-rental giant Avis announced its purchase of Zipcar in January. And in September, the New York City-based beauty- and grooming-products subscription service Birchbox moved to acquire the Parisian luxury service JolieBox.

“Beauty is a global business and the delight for discovery is universal," says the 30-year-old Birchbox co-founder Katia Beauchamp. "Our vision was always to build an international brand. JolieBox was a European forerunner and shared a similar ethos and vision, making them the perfect fit.”

Of course, subscription services aren't without their headaches. The model may appear to be a surefire way to keep customers coming back, but that's just not true, says Caroline Daniels, advisor to the Butler Venture Accelerator at Babson College.

Related: Overcoming the Groupon Effect: How to Sell Merchants on Your Start-Up Deal Site

“I think it looks like a panacea at the moment. It looks easy. It’s not,” says Daniels. Many of the same rules apply to the ongoing success of a subscription-based startup as to a traditional company. “I’ve been looking at the subscription models that are highly profitable and they seem to be ones that really stay in contact with the customer, update their information and aim at discretionary spending to make [customers] feel better."

But at the end of the day, it's all about low cost and wide market penetration, notes Daniels. “My favorite rule for subscription businesses is to make sure you’re resourceful and keep your development costs as low as possible,” says Daniels, who specifically touts Birchbox's model of turning mostly free samples into subscription dollars. “They went to a lot of companies and said, ‘I can get your samples to a huge customer base.’ What company is going to say no?”

How have you made the subscription model work for you? Let us know in the comments below.

Lauren Cannon is a freelance writer in Brooklyn, N.Y. She has written about startups and entrepreneurship for Inc.com and Fast Company magazine in addition to contributing editorial content to Scoutmob. She is currently spearheading UpendED, a project focused on creating community and educational opportunities for people interested in launching mobile businesses and pop-up shops. She can always be found on Twitter.