Selling pet chickens by mail may sound like a business scheme that isn't fully incubated, but for married couple Derek Sasaki and Traci Torres of Monroe, Conn., it has turned into a multimillion-dollar venture, My Pet Chicken (MPC). And why not? Chickens make antic companions--less needy than dogs, less judgmental than cats--and you'll always have eggs for breakfast.

Over the last few years, the idea of chickens as pets, especially as suburban and urban ones, has exploded nationwide right alongside Sasaki and Torres' website, MyPetChicken.com. It's a clearinghouse of chicken-care information and an extensive e-commerce site devoted to chicken feed, henhouses and chicks for sale in lots as small as three hatchlings. MPC works with a hatchery that offers its customers chicks that can lay a myriad of egg varieties, from spotted to green-tinted, delivering them via Express or Priority mail. (Fun fact: The U.S. Postal Service has been shipping live baby chicks for 95 years.)

"It's amazingly simple," Sasaki says. "Chicks are able to be shipped right after they hatch because they're still ingesting the remainder of their yolk sacs for approximately three days. Our chicks are hatched, dried, sorted by breed, sexed, fed, packed and shipped within 24 hours."

The breakthrough for MPC's business plan was Torres' deal with the hatchery to deliver chicks three at a time. It's more common for chicks purchased from rural feed stores or farmers to be sold in lots of six or more--and unless you're a professional chicken sexer (an actual job in the poultry biz), you won't know if you've got hens or roosters until they've developed. Scale has been a problem with equipment as well, since most coops are designed for farms, not city dwellers with a corner of their balcony available for a henhouse. That's where MPC comes in.

Everybody Wants One
The booming phenomenon of owning a pet chicken draws from many social crosscurrents. Among these are the locavore movement, which grew from general disgust about the commercial ways food is produced, processed and distributed; historical reclamation (until the 1950s, it was quite common for Americans to keep a few chickens around the yard); a surging enthusiasm for animal husbandry; and a genuine passion for the beauty of the fowl.

New Yorker writer and bestselling author Susan Orlean reported her conversion in a 2009 article: "At first, I thought this chicken fixation was a phase that I alone was going through, but it turns out that right now, across the country and beyond, there is a surging passion for raising the birds. Chickens seem to be a perfect convergence of the economic, environmental, gastronomic and emotional matters of the moment, plus, in the past few years, they have undergone an image rehabilitation so astonishing that it should be studied by marketing consultants." 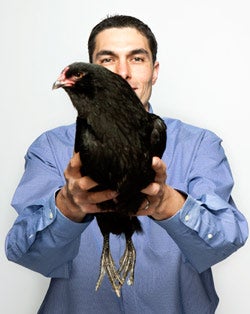 It is not, however, a market without growing pains. Urban animal husbandry laws vary among counties and municipalities across the country. In general, there has been a move toward liberalization, thanks in large measure to urban-farming activism. TheCityChicken.com lists where municipal laws for poultry are changing state by state.

But efforts to loosen restrictions have often been accompanied by acrimonious city council debates about where to draw the line. Goats? Pigs? Some neighbors are pushing back because of the noise, the attraction of unwanted predators and pests and fears of decreased property values. Meanwhile, many cash-strapped municipalities have responded by allowing residents to keep a minimum number of chickens but charging a permit fee.

Still, the trend is astonishing, even if hard numbers are elusive. Community forum BackYardChickens.com counts 170,000 members, up from 50,000 in 2010 and 25,000 the year before. The site's founder, Rob Ludlow, cites a few reasons for the growth: "Many people want to become more self-sufficient and take part in the grow-local and slow-food movements; there is a preference for eggs from chickens that were raised humanely; and there is a growing awareness of how fun and easy it is to raise backyard chickens. People are quickly realizing that chickens are a multipurpose pet: They eat the bugs and weeds in your yard and generate fantastic fertilizer." And don't forget the free eggs.

Ruth Haldeman, who founded ChickenDiapers.com, which, as its name implies, allows you to invite your feathered friends indoors to watch TV with you, explains the swelling popularity plainly: "People want accountability in their food supply. Plus, chickens make very nice pets."

A Business is Hatched
Enter Sasaki and Torres, who met in 1997 at a track meet in college. They began working together in 2001 at Mountainside, N.J.-based Comstock Images. Three years later, the idea for MPC was hatched.

The newlyweds had bought their first home and decided they wanted a small flock. Struck by how little information was available online about buying, caring for and finding the equipment and supplies to raise chickens, Torres began searching for appropriate resources. 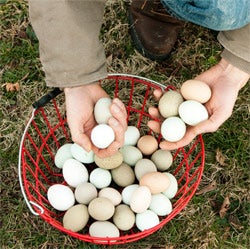 "She found a few great books for novices, but virtually nothing online--very few websites, very little how-to information, and none of it comprehensive," Sasaki says. "And the major hatcheries … would ship out batches of 25 chicks to anyone who ordered them with absolutely no assurance that recipients knew how to care for them."

He began building a website in his off hours, while Torres worked on its design and copy. "We started with how-to information and photos only and eventually graduated to products and live chickens," Sasaki says. Torres contends it was her husband who "pushed to make this idea a reality. I had the idea, but it never would have come to pass without Derek's belief in it. And nagging, constant nagging."

In 2005 they incorporated. The following year, Torres quit her job and used $10,000 of the couple's savings to grow the business.

In 2010, when Torres was pregnant with their second child, Sasaki quit his job to run the company. Meanwhile, their online product catalog continued to grow--along with their partners. "We now offer chicken coops, supplies, feed, all sorts of chicken-themed gifts and, of course, the chickens themselves," Torres says. The company has about 15 "virtual" chicken-lovers/keepers working from their homes around the country--most, but not all, of whom are on the payroll, helping with order fulfillment. "We call them our peeps," Torres says.

The duo credits their extensive catalog with their success in this nascent market. Among the 22 wooden coops for sale, prices range from $369 to nearly $4,000. MPC also sells plastic coops. Want to build your own? You can buy building plans and a variety of accessories for your pets' shelter, including aviary netting. Then there are supplies: feed (including an organic variety), chicken health products, egg baskets and cartons, incubators, cleaning tools, nesting boxes, diapers and dozens of other items.

"Coops are a huge source of top-line revenue," Torres says, "but not necessarily margin." What are the company's greatest costs? "Margins are very tight in our business, so we run lean and mean. Outside of COGS [costs of goods sold], payroll is our biggest expense."

As for the chickens, the company sells some 90 varieties; the multitude of colors, feather patterns, statures, shapes and sizes of the birds is breathtaking. You can buy day-old chicks or juvenile birds--even fertile hatching eggs. Prices typically range from $3 to $5 per chick, but can cost as much as $18 for exotic breeds. Sasaki categorizes his egg-laying chickens according to how often they lay and the kinds of eggs they produce.

"In our typical order, customers cherry-pick one or two each from several different breeds," Torres says. "The key is to carry those must-have breeds so they purchase from us, not from the competition."

The Next Golden Egg
Sasaki expects revenue to grow 20 percent in 2013, quite a slowdown compared to MPC's first two years of operation, when growth boomed by some 800 percent. Both partners concede that with the increasing popularity of backyard chickens, competitors are beginning to crowd the space. Still, the market shows continuing signs of expansion. "We're in the very early stages of an urban/suburban homesteading movement," Torres says, "which we see as really starting to gain traction in the years ahead." 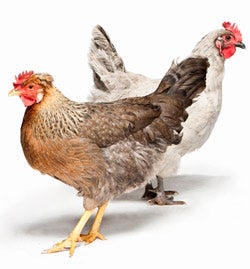 The couple has no plans to bring in investors or capital, but not because they wouldn't welcome it. "We're in an interesting industry," Sasaki says. "It's a hybrid between farming/agriculture and technology. I'm not sure investors really ‘get' us … yet." This means that the setbacks and crises common to all fast-growth startups have to be resolved by Sasaki and Torres themselves.

When asked what their biggest headache is, Torres wryly points to "uneggspected problems." For instance, she says, "once or twice a year an incubator will fail, and hundreds of orders will be affected. A few years back we had a fire where we were inventorying items--a huge, time-consuming mess … you've just got to roll with it, take some aspirin and put your agenda aside to deal with it."

For his part, Sasaki adds, "I have to remind myself to be working on the business and not in the business. It's very easy to get sucked into day-to-day issues, but we need to be focusing on moving the business forward."

According to Torres, plans for moving forward include improving the website, automating back-end processes, hiring "awesome people" to service customers and building the infrastructure to support them. The couple's long-term plans for the company? "We [want to] introduce exciting new varieties of chickens to the world," Torres says, all the while raising two girls, ages 2 and 5.

Who knew?
The world is awash with previously overlooked opportunities that have the potential to turn into multimillion-dollar businesses

Bumblebee Linens
Steve Chou and his wife started the e-commerce site to sell handcrafted wedding handkerchiefs, but quickly expanded their offerings to include table and bedroom linens. The idea grew out of the couple's wedding preparations: They became so involved that they wound up handcrafting everything--invitations, programs, favors--and they wondered if others might want to bring that kind of attention to detail to their own special day. The business reportedly grossed more than $100,000 in its first year.

Century Hearing Aids
The majority of the more than 30 million Americans with hearing loss are fitted for hearing aids by their doctors, who refer patients to preferred medical suppliers and their multithousand-dollar aids. Century Hearing Aids takes the devices directly to the customer, with prices starting as low as $499. Founded by Jon Stoddard, the website experienced a 300 percent increase in revenue last year.

Manpacks
It's Netflix for men's underwear. Founders Ken Johnson and Andrew Draper believe that most men find shopping for underwear, T-shirts and socks to be a pain in the ass--so much so that it's usually wives and girlfriends who have to throw out their guy's ratty clothes and force them to buy replacements. So Johnson and Draper created a subscription service that saves a customer's size, brand and preferred style in their system and delivers replacements on a flexible schedule. Today the site is breaking even with more than 5,000 subscribers, and a profit is expected in early 2013.