Father-son road trips can be powerful and life-changing. But while most excursions wind up at Cooperstown or the Grand Canyon, Robbie Whitten's yearlong odyssey with his dad ended with him behind the counter of a pawn shop--and eventually, at the helm of an empire.

In 1979 the billionaire Hunt brothers were working to corner the market on silver, ultimately driving up the price from $11 per ounce to almost $50 per ounce. That was when Robbie, then 18, and his father, Robert, hit the road, setting up booths in hotel lobbies around the South, buying unwanted gold and silver jewelry and selling it to a smelter. It turned out to be a genius business, and by the end of the year they had 30 teams of buyers crisscrossing the country.

But when the market collapsed a year later, the Whittens found themselves with a warehouse full of jewelry in Columbus, Ga. "We ended up with really nice pieces that were too pretty to melt down, so we bought some showcases," Robbie Whitten remembers. "We decided we didn't want to be in the retail jewelry business, so we said, 'Let's try a pawn shop.' Thirty-three years later, that original location is still going strong, and we've expanded."

The younger Whitten now has seven Money Mizer franchise locations in Georgia, Florida and Alabama; he's preparing to open five more this year, and eight to 10 per year after that. He let us behind the counter to learn how he has built his business. 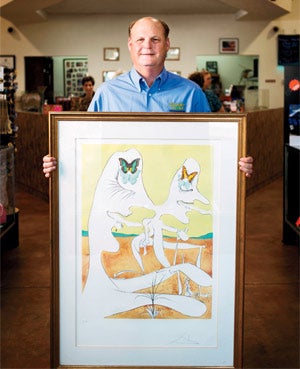 How do you deal with the seedy reputation of the pawn business?
We've been fighting negative images for years. Pawn shops can be kind of shady, but the reality TV shows have been a big boost to the industry and its reputation. Now a lot of mom-and-pop shops are cleaning up their stores to take advantage of the interest.

What sets Money Mizer apart?
Our stores are different from about 95 percent of pawn shops. We're almost like a retail store, and a lot more customer-friendly--and we're on the good side of town. Our employees don't have long hair or tattoos running down their arms. We attract more of a white-collar clientele.

Are the upscale customers buying or pawning?
Our loans have definitely increased to the white-collar side. There are lots of guys, like real-estate agents, who were making six figures that are now living on 40 grand. They can't borrow $3,000 or $4,000 from the bank anymore--they just don't make those types of personal loans. The term we like to use in the industry is "underbanked." But these people have lots of nice tangible assets. They might have a Rolex or a $500 Ping driver they can sell. 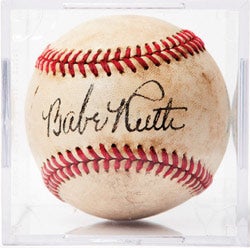 But people like to shop here, too. Recently we had a lawyer come in and buy a flawless 2-carat diamond from us. Then he took it to a jeweler and had it put in a mounting. We could have done the exact same thing for less, but he said he didn't want his fiancée to know the diamond came from a pawn shop!

You've started an online business, too. How does that work?
PawnConfidential.com is more for the country-club set who don't want to be seen going into a pawn shop. They take a picture of their merchandise and send it to us via our website with a brief description and how much they want to sell or pawn it for. Our appraisers look at it, and if they agree to the terms, we transfer the money to [the customer's] checking account. Once they pay off their loan, we FedEx the merchandise back to them. We're targeting loans in the $500-plus category; in our brick-and-mortar stores, the average loan is $150.