Smartwatch Battle: What An Apple, Google and Samsung Smartwatch Might Mean For You

Forget about the smartphone wars.

With news of Samsung working on its own smartwatch, the smartwatch war is starting.

The real power in wearable computing is in its ability to enhance our everyday human experience by seamlessly bringing technology closer to us.

While some may argue that further integrating technology into our bodies could detract from our day-to-day interactions with other people, wearable technology can actually enhance our lives.

Similar to the Nike Fuelband, smartwatches could track how many calories you're burning, and also monitor your blood pressure. They could also easily support companion apps like Runkeeper, without having to bog down the watch's storage drive.

So if youre a cyclist or runner who uses wearable technology like heart rate monitors, then having a glanceable view of that information being collected in real time is pretty compelling.

But other than fitness purposes, Forrester Principal Analyst Charles Golvin tells Business Insider he doesn't see smartwatches having a huge impact on the consumer electronics industry.

He notes how watch sales have been in decline, and the number of people who wear a watch is also declining.

"Primarily because the sources of time are all around us," Golvin says. "[...]The smartphone and the phone itself is already a great source of time."

But still, that's not stopping companies like Apple, Samsung, and Google from pursuing smartwatches. Meanwhile, plenty of other companies have already beat Apple, Google, and Samsung to the smartwatch game. Pebble has already started shipping its smartwatch, which can push email, text messages, updates from social networks, and the weather. And Sony already sells a SmartWatch, which works with most Android phones.

An Apple "iWatch"
Apple's "iWatch" will likely be seamlessly integrated with the vast majority of Apple's products and services — iPhone, iPad, Mac, iTunes, you name it. So if you're already immersed in the Apple ecosystem, the iWatch could act as a facilitator, notifying you when you receive a phone call or text message. 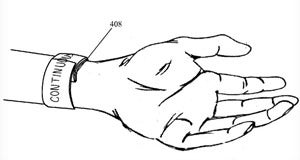 An Apple iWatch could also potentially eliminate passwords all together, former Apple employee Bruce Tognazzini recently speculated. It could also make sure you never lose your iPhone again by alerting you the second you start to move out of range from your phone.

Apple reportedly has a team of 100 developers actively working on the watch, and plans to release it this year.

Google's smartwatch
A Google smartwatch, on the other hand, would likely be closely integrated into Google's products and services. 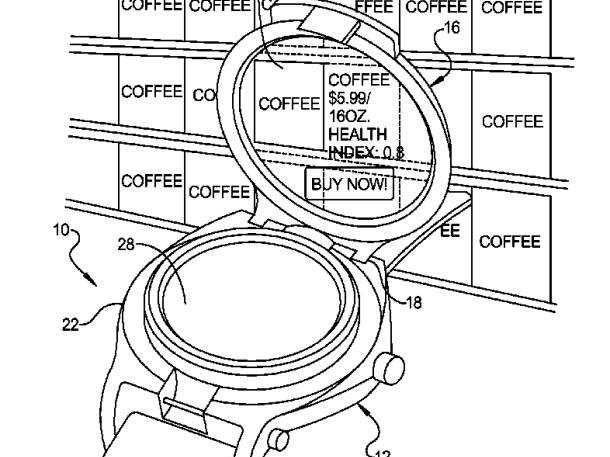 Google secured a patent for a smart watch with a flip-up display back in October 2012. In January, we got word that Google is indeed exploring the idea of making its own smart watch, but details were limited.

Similar to Google Glass, the smartwatch would be able to give directions, retrieve product information, and display e-mail notifications. So if Google does release a smart watch, it may be that a consumer would choose one or the other. That is, Glass or the smartwatch. 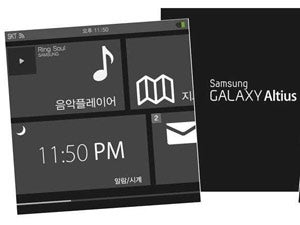 Given that Samsung is Google's largest Android partner, we imagine Samsung's watch would run on Android. That way, the watch could integrate with Samsung's phones right out of the box.

The image on the left is rumored to be two screenshots of Samsung's smartwatch, dubbed the "Galaxy Altius." If that's the case, then it does appear that Samsung would use Android for the watch's operating platform.

What would give smartwatches a broader appeal?
"If the phone enables a lot more control and interaction with the phone, where most of the processing power and connectivity is happening, then that might make a significant difference," Golvin says. "The more you can do with your phone still in your pocket or your purse and just using the watch as essentially a user interface and control device, that might change things."

Right now, smartwatches seem to be another accessory to cement loyalty in a company's platform and ecosystem, Golvin says.

While Google Glass is arguably an accessory to fuel loyalty to Google products and services, Golvin sees far more disruptive potential with Glass than with smartwatches.

"I don't think a smartwatch has the power to be as disruptive and enable as many new experiences and ways of interacting with the world that Google Glass does," Golvin says.