Tipping Its Hat to a Younger Generation, Pukka Headwear Finds Success in the Golf Industry

Lisa Girard
April 16, 2013 5 min read
Opinions expressed by Entrepreneur contributors are their own.

Pukka Headwear is not your typical straight-laced golf business. Every January at the golf industry's biggest trade show, the Findlay, Ohio-based golf accessories company hosts a beer pong party. Its 44-year-old founder, Shawn Rogers, looks more like a California surfer than an Ohio native, and at the company headquarters, there's always beer on tap in the employee break room.

Pukka's youthful culture may not seem like a good fit for the tradition-bound world of golfing, but it appears to be working. After years of struggle, Pukka finally broke into the tough-to-penetrate market with a customized approach to selling hats that has led to annual sales of $10 million, nearly 20 percent of the entire golf headwear market. 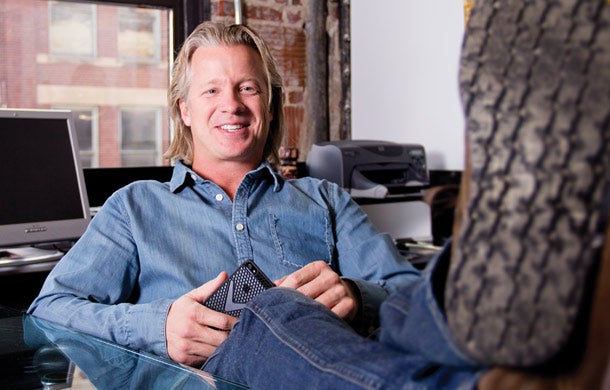 Rogers launched Pukka in 2003, following the success of his private-label hat and accessories company FDI, which supplied shopping-mall retailers such as the Limited and American Eagle. But the golf business wasn't easy to wrap his head around. Rather than large retail chains, he was now dealing with a fragmented market of about 15,000 small, independent golf shops. "Not only were we surprised by the tight-knit relationships, we were shocked by how difficult they were to penetrate, even with what we felt were superior products and capabilities," says Rogers.

Eventually, Rogers broke through by applying an element of FDI's private-label hat business to the golf industry. The factory they used in China did sample orders for FDI every day, so he figured, why not pay them a premium to do small orders for golf shops? Pukka introduced complete customization -- including fit, fabrication, color and unlimited logo designs -- with low minimum orders delivered directly via FedEx to the golf shop. While their competitors import a selection of styles from overseas factories and then take shop orders and customize the hats, Pukka takes the shop's custom orders first. The hats are embroidered before they leave China.

Related: Startup Allows Customers to Design Their Own Soft-Drinks

Rogers was able to customize such small orders, a minimum of 12 hats per style, by leveraging the factory relationship he'd established through FDI. And without stock sitting around, he eliminated warehouse costs. "Our goal as a company is to never touch product," he says. "That costs money." 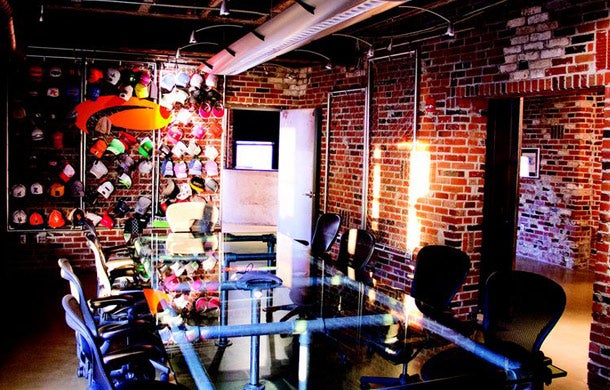 Pukka's corporate headquarters in Findlay, Ohio, has a contemporary feel.

What he didn't foresee is that not every golf professional would want that much control. Their ability to customize 100 percent was overwhelming to many customers, Rogers says. So after two difficult money-losing years, he took a hint from the Subway sandwich chain and presented golf shops with a list of a dozen of the most popular styles to build from. "We found our customers liked us to narrow down the choices, even though they might want to change the type of 'cheese' or 'bread' on the order," he says.

Still, it was a learning curve for the PGA professionals, and it took a few years for the new kid on the block to develop a following. "They'd say, 'Who's Pukka? Will they be around next year?' They had seen golf companies come and go, so we had to survive the first few years first," Rogers says. Pukka also received a boost when he hired 25-year industry veteran and star John Bond, who had a black book full of contacts, as vice president of golf sales in 2008 -- the same year the bottom dropped out of the economy.

"After the crash of 2008, suddenly we were brilliant," Rogers says, because Pukka didn't have a back room full of unused inventory.

Related: Where Is Your Business Overspending?

Going forward, a big part of Pukka's strategy is to gain traction with the younger generation of golf professionals. With its Build Your Own Cap (BYOC) parties, Pukka reps bring pizza, beer and crayons into golf shops to get everyone from cart barn attendants to golf shop assistants to design their own hats. Pukka also hosts regional design fairs, bringing a graphic designer into a local market to help clients come up with a seasonal product mix. And the company diversified this year with the industry's first-ever customizable iPhone cases, which won a Best New Product Award at the PGA Merchandise Show.

"Maybe not every customer is thrilled with us having a beer pong party at the PGA Show, but we know you can't be all things to all people," Rogers says. "From the inception of the company, we've been about youth and fun and social media. We're growing up with that younger generation of assistant golf professionals, the ones who are going to become head professionals and make the buying decisions in the future."

Related: 4 Things You Need to be Doing on Social Media -- Now