By Bruce Schoenfeld May 24, 2013
This story appears in the May 2013 issue of Entrepreneur. Subscribe »

You're on the road, getting it done. And it's our goal to keep you in comfort and style as you do it. Here, our picks for the most enjoyable, efficient and tasty new ways to go forth and conquer. 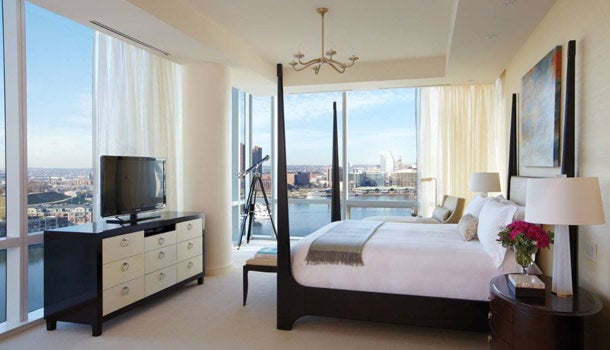 These are boom times for anyone who enjoys new hotels. Many of the projects that stalled after hitting financial trouble in 2008 or 2009 were resurrected over the past two years. Some have been completed and are open for business; more are on the way.

You'll find a few in New York and, notably, Chicago, but many are located in the revitalized downtowns of emerging business destinations--places where businesspeople have been stuck for years in the same old Marriotts and Hyatts. Four Seasons is looking to change that, by identifying emerging markets for the top-tier traveler and getting in first, preempting the competition. That's exactly what happened in Austin, Texas, according to Craig Reid, president of hotel operations for the Four Seasons Americas. "We opened back in 1986," he says. "We're still the only ones there in the category." 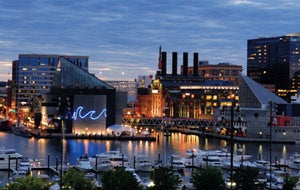 Now the company is focused on Baltimore, where it opened in November 2011. Why here, as opposed to the Magnificent Mile or Park Avenue? "You're a much more important player, relative to the city," Reid says. "Your hotel becomes an important landmark. And if you think about some of the businesses that are in Baltimore, for example, there's vibrant economic activity there. We believe that will only grow from here."

The most compelling of the new generation of business properties, the Four Seasons Baltimore needed nine years and $200 million to go from concept to completion. It juts into the Inner Harbor and shows off marina and downtown views with floor-to-ceiling windows in guest rooms and many of the meeting spaces. "The top-of-the-line hotels here before us weren't bad, by any means, but the service was certainly more casual," says general manager Julien Carralero, who imported more than 50 employees from other Four Seasons properties, from the lead bartender to accountants and engineers. Then he enticed more from The Ritz-Carlton and other top properties in Washington, D.C., and beyond. The result is a staff that anticipates needs. 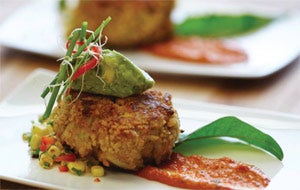 More than half of the Four Seasons' traffic is commercial--investment management firm Legg Mason's corporate headquarters and the Johns Hopkins business school share a cul-de-sac with the property in the burgeoning Harbor East area--and the hotel was designed to maximize productivity. Workspace in guest rooms is ample; several suites even have internal offices, with a desk, bookshelves and a door that closes for privacy. The audio-visual and communications equipment in the conference rooms has all the latest innovations.

The first Four Seasons to open on the East Coast in nearly a decade, the hotel also includes the requisite resort-like amenities; there's a bar beside the infinity pool, a full complement of spa services. And because a truly great business hotel should provide guests with everything they need so they don't have to leave, the Four Seasons houses two of the city's best restaurants. Wit & Wisdom delivers superchef Michael Mina's take on modern American food, with a nod to the local setting. And Pabu, a joint venture between Mina and California chef Ken Tominaga, offers authentic izakaya-style yakitori skewers, as well as some of the most accomplished sushi south of New York.

Taken together, they serve notice that the Four Seasons Baltimore isn't merely competing with other local hotels but is looking to lure business and leisure travelers who wouldn't have gone to the city before. In the hotel's first year, it staged 42 weddings and an untold number of getaway weekends, from moneyed couples out of Maryland's horse country to adventurous New Yorkers and even Europeans. It's also filling meeting halls with business and professional groups that previously had not considered Baltimore in their event planning.

"If you build a special hotel, you're actually able to attract visitors to the market," Reid says. "You build on the reputation you've established in other places and create a destination." In Baltimore, that's just what the Four Seasons has done.