By Andrea Huspeni May 9, 2013
Opinions expressed by Entrepreneur contributors are their own.

Scouring the internet for a programming curriculum for her 7-year-old daughter Vivian, an avid gamer, Andrea Phaneuf was continuously running into the same problem: Everything was geared toward teens.

It wasn't until she stumbled upon startup Youth Digital, a coding and programing course for children, did she find her solution.

"They provide industry-quality assets to create a completely unique world, as well as utilize a visual-based programming software," Phaneuf says. "The class has helped us bridge the gap of understanding. [Vivian] can actually relate to what she is learning."

As more and more children are learning to code, Youth Digital hopes to be a virtual-education center for these kids.

Targeting children between the ages of 8 and 12, the Durham, N.C.-based startup currently offers game and app designs for PC users but is planning to expand into Mac compatible programs, along with providing more advanced classes.

Founded in 2010, Youth Digital initially began as a camp and class for local residents. After achieving success with their teaching technique, the startup crew decided to make the leap to online.

To create the best experience possible, the go-at-your-own-pace courses provide a slew of supplemental materials and tools for kids to master programming and coding. Because kids aren't known for lengthy attention spans, Youth Digital ramps up engagement by providing interactive lessons, badges for mastering assignments, problem-solving tasks, quizzes and on-call teachers to make sure there are no meltdowns. The cost of each class will set a parent back $200 to $249, but it may very well be worth it.

"It was everything that we had hoped for," says Barbara Newton, the mother of students David and Jonathan. "Our kids were getting to design their own video games and learn programming, creativity and computer skills at the same time. They were creating characters and levels all while gaining a deeper interest in reading code and scripting." 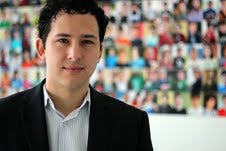 Youth Digital, which now boasts more than 800 subscribers across five continents, was a no brainer for the man behind it, 24-year-old Justin Richards. As a kid, Richards had a passion for computers and was gung ho on developing his own websites and games.

Instead of achieving his goals at lightning speed, Richards spent hours troubleshooting by watching, long how-to YouTube videos and researching endless forums. The frustration followed him into adulthood. After receiving a degree from Covenant College in Lookout Mountain, Ga., Richards set out to work for the St. Louis, Mo.-based nonprofit Youth Learning Center and teach inner-city kids a computer programming class. Handed a horrendous curriculum, Richards knew something had to give.

"I saw how little resources there were for kids, who like myself, wanted to make websites and video games, but had nowhere to learn," Richards says.

As a young entrepreneur, he hopes Youth Digital paves the way for our next generation of great innovators. "There is a huge movement going on centered around teaching kids to code," Richards says. "It just feels like it is a huge part of our future, and I am really excited about it."

And it seems others agree. Developer programming startup Pluralsight just released free online classes for children, Hopscotch is in beta but will soon be launching an iPad-programming app and Treehouse just snagged $7 million to bring a coding curriculum to schools.

Despite the competition, Youth Digital's Richards is convinced his program has legs. Just recently, four 14-year-old Youth Digital students developed a scavenger-hunt app for an upcoming photography exhibit at the Duke University museum. And students, as young as 7, have created video games, apps and websites.

"It is a tried-and-true experience," says Richards. "We have taught this [course] to thousands of kids in-person, we have done tons of online classes and we know this works."

Why do you think learning to code at an early age is a good (or bad) idea? Let us know in the comments section below.