Could an In-House Recruiter Be the Key to Success Your Startup Is Missing?

Q: Does my company need an in-house recruiter?

A: As a key executive at Google, Douglas Merrill spent five years hiring some of Silicon Valley's top-flight tech talent. As the founder and CEO of Los Angeles-based ZestFinance, which uses big data to help lenders improve their credit underwriting decisions, Merrill has used outside recruiters. But he insists he's had greater success--and even saved money--since ZestFinance brought on an in-house hiring professional.

Why? Hiring is about finding the right fit. In the entrepreneurial world, that means finding smart people with an impressive pedigree who will flourish within your company culture.

"Startups live or die by their culture--the way they interact, their work style, their overall ethos," Merrill says. "With external recruiters, it's hard to get that, because they don't sit in your office every day. Culture is a powerful force. Companies with strong cultures do better." 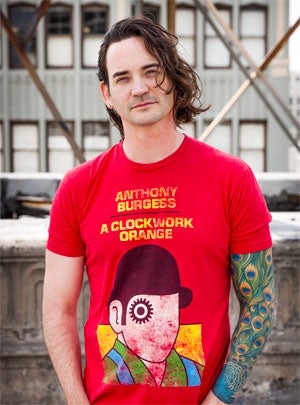 Merrill says the biggest mistake companies make is hiring applicants based purely on their technical skills and not on what he calls "horsepower" or "raw intellectual power." Of course, hiring top-shelf talent--and retaining that talent over the long haul--is vital to the survival of any entrepreneurial venture, particularly a startup operating on a shoestring budget. So it's worth listening when Merrill insists there's an economic advantage to hiring a full-time recruiter. And it doesn't hurt that he has the numbers to prove it.

In 2010 Merrill's company (then known as ZestCash) paid an outside firm $125,000 to hire six employees. Three years later only one of those employees still works for Merrill; the others left within a year. The problem at ZestCash wasn't that the hires were unqualified. "We didn't hire people who weren't smart and good workers," Merrill says. "But we did struggle with people who didn't thrive in our culture."

He appointed a full-time internal recruiter in August 2011; since then, the company has hired 50 employees.

All but four are still there.

Sure, internal recruiters don't come cheap--but Merrill's experience shows the investment can more than pay for itself, especially for tech companies that need to make many hires. Consider this scenario proffered by the talent-acquisition team at ZestFinance: The typical recruiting agency charges 20 to 30 percent of each new hire's salary, or $20,000 to $30,000 apiece. Internal recruiters typically earn $75,000 to $150,000 per year but can hire dozens of people.

For companies planning to hire more than 20 employees in the coming year, an internal recruiter could save them hundreds of thousands of dollars. If you're an entrepreneur looking to expand, those are numbers that should get your attention.

Merrill says the biggest mistake companies make is hiring applicants based purely on their technical skills and not on what he calls "horsepower" or "raw intellectual power."