Bottle & Bottega business partners Stephanie King-Myers and Nancy Bigley say that the hardest part about turning a small business into a franchise is finding the right people.

"You have to be diligent about saying, 'no.' There are people who will want to buy into your brand, but we say 'no' more often than we say 'yes,'" Bigley said. "It has to be the right person, and if we're not comfortable with that person, it's better to say no for the long-term. That's tough when you're trying to build."

Started by King-Myers as a mobile model in 2009, Bottle & Bottega brings art lessons and wine together in a single space (Bottega is an Italian word for a studio where a master artist paints and students come to learn).

The start-up quickly hired Bigley, a franchise industry veteran who has worked for corporations like Dunkin' Donuts and The Dwyer Group.

Though the duo has eight -- soon to be nine -- franchise and corporate studios under their belt, they continue to pursue "slow, but aggressive growth."

King-Myers also weighed in on the challenges of working remotely, a trend gaining traction in some workplaces and losing ground in others. 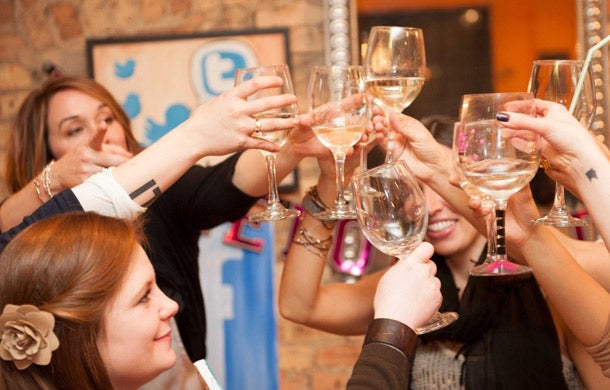 "The thing about it is, you have to be disciplined," King-Myers said. "You really have to set your hours and when you own your own business, you really have to make time for yourself to walk away from your business ... It's great because you're building something and watching it grow, but it's so important to achieve that balance."

While King-Myers told Business Insider that she had no regrets about the pace of their growth, Bigley said that she wished for a few extra hands in the beginning stages.

"We were really wearing ourselves thin," Bigley said. "You're brand new, you have these projections and you're exceeding the projections and then you think, 'is this going to last?' and the last thing you want to do is bring somebody on earlier than you anticipated and then things might not last, then all of the sudden you don't need that person."

Bottle & Bottega has locations in Colorado, Illinois, New Jersey, Oregon, and Florida, though the team is on the cusp of domestic and international expansion.