PayPal Co-Founder's New Baby: An App to Help You Get Pregnant 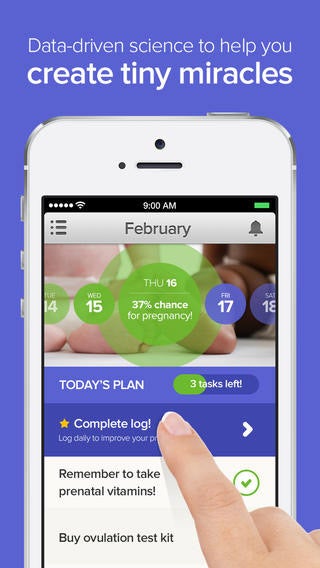 Max Levchin, the co-founder of PayPal and chairman of Yelp, has a new project: he's trying to make it easier for you to get pregnant.

Levchin’s newest venture, an iPhone application called Glow, hit the Apple iTunes store this week. The free app is designed for hopeful moms and dads to use together. A shared screen includes a calendar to view the next fertility window based on the woman’s cycle and other personal information she has provided. The app also offers daily fertility recommendations. And if partners sync their data, they can send messages of support to one another when they're feeling tired, stressed or agitated.

Related: No Joke, These 'Smart Diapers' Can Detect Your Child's Health

The company Glow launched in May and is part of a larger trend of new businesses that seek to inform us about our own medical health. For example, a New York City-based startup called Pixie Scientific has developed a smart diaper that it says can detect possible urinary tract infections, kidney dysfunctions and dehydration in babies -- all by analyzing the contents of a baby’s diaper.

Amid the explosion of wellness products and services, there are a growing number of smaller, cottage businesses devoted to helping women get pregnant. One in 10 women between the ages of 15 and 44 have difficulty getting or staying pregnant, according to the Centers for Disease Control and Prevention. 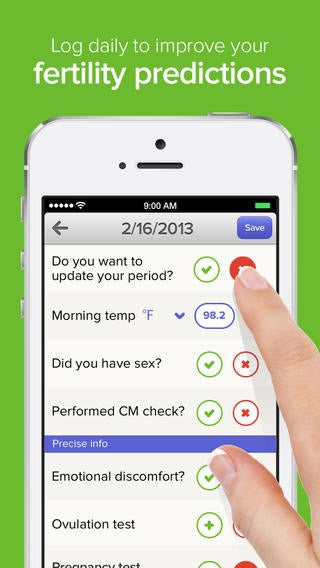 That translates to big business. Levchin recognized the opportunity and the frustrations that can come with trying to conceive. “There is nothing more exciting than starting a family," Glow's website reads. "But, the first step of getting pregnant can seem surprisingly difficult at times. Don't lose hope. Pregnancy is a special experience, and our mission is to bring that experience to you as early as possible."

If using the Glow app does not help a couple conceive, then they may opt to move on to more complex fertility treatments. Those, however, can be extremely expensive. To help users who are not able to conceive within the first 10 months of trying, Glow launched a non-profit arm of its business, Glow First, where couples pool funds that are then distributed to participating members who want to pursue further treatment. Couples contribute $50 per month for up to 10 months. Glow expects that the majority of users will conceive, but those who don’t will be given a share of the community fund to put toward fertility treatments.

Glow was founded under Levchin’s larger umbrella organization HVF, which stands for “Hard, Valuable and Fun.” The San Francisco-based company is home for all of Levchin’s data-driven projects, which includes Glow. The fertility application is built with vast quantities of statistics about pregnancy. Because of wireless internet availability, data is being collected everywhere constantly, and that data “is becoming our most plentiful and most under-exploited commodity,” says Levchin on the site. “The insights mined from it will unlock enormous productivity gains, create efficiencies where none existed before and meaningfully improve lives.”

With his newest project, Levchin hopes to not only improve lives, but create them.