From social apps to online games, Facebook has inspired countless ventures. But Birchbox, founded by Hayley Barna and Katia Beauchamp, may be the first that is of, by and for the Facebook generation.

In true Social Network fashion, the two hatched a new e-commerce model for beauty products during their last semester at Harvard Business School in 2010. With their concept for subscription-based monthly goody boxes packed with four to five deluxe-size sample products, the co-CEOs, both now 30, appear to have solved the health and beauty industry's online sales problem.

New York City-based Birchbox is many things, depending upon perspective. For consumers, it's a chance to sample new products for a small fee and to replenish products they already enjoy. For its health, beauty and lifestyle partner companies, the service is a way to reach new customers and further engage existing ones. And for the founders, it's a platform that connects consumers and brands. 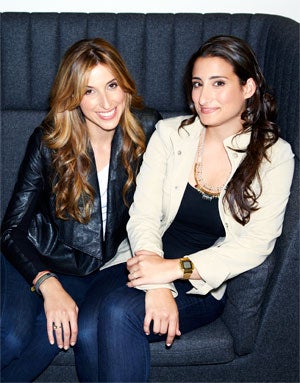 The idea for Birchbox came to Barna and Beauchamp when they noticed that discount internet commerce had left the beauty industry behind. "The internet is good at what it's always been good at, which is replenishing things, but it's particularly bad at a first-time purchase," Beauchamp says. "We saw that as a huge opportunity."

They also were struck by how Barna's best friend, a beauty editor, would sift through the products on the market to curate goods for her pals. "We realized that every woman wanted that experience," Barna says. Pairing this editor/friend concept with the idea of soliciting free samples from brand partners, Birchbox was born.

But first the duo had to convince manufacturers to donate enough trial-size products for Birchbox to conduct a two-month beta test. They began by cold e-mailing their favorite beauty brands a concise description of their concept under the subject heading "Re-imagining Beauty e-Commerce." The one-page letter led to phone calls and meetings. Beauchamp's first conversation was with Jean-Andre Rougeot, CEO of cosmetics company Benefit. "I thought that he was really negative about the idea, because he was just trying to poke holes in it very deliberately," she says. "But at the end, he said he was in … and if this worked it could really change the industry."

Birchbox and Changing the Way We Shop (Video)

"From a brand view, Birchbox offered a chance to reach brand-new consumers hungry for beauty innovations," he says. "This was a highly innovative concept which had never been done in the industry before."

Barna and Beauchamp cobbled together 200 customers willing to pay $20 for the experimental service. As the test ran, word-of-mouth grew, investors came knocking and Birchbox generated 600 paying customers interested in joining by the time the company was ready to launch. From there, things snowballed.

The company raised $1.4 million in a September 2010 seed round and $10.5 million in Series A capital less than a year later. Additional revenue streams came in 2012 with the launch of monthly boxes for men. In September 2012 Birchbox acquired European competitor Joliebox, giving the business a global reach. And along the way, it has grown to 150 staffers, some 500 brand partners and more than 400,000 paid subscribers. The company would not disclose revenue figures.

With its current scale, Birchbox has seized the opportunity to go further for customers, targeting them by their preferences. So when members indicate they have dry skin, curly hair or any other special characteristics, they are shipped products that match their needs. The mechanism has worked so well that 50 percent of Birchbox subscribers now shop at the website, too. And why not? As Beauchamp says, the internet is great at replenishing.