What Corporate Incubators and Accelerators Mean for Your Business

With a host of companies under his belt, serial entre-preneur Rich Schmelzer launched his latest company, Boulder, Colo.-based GeoPalz, pretty much the only way he knew how. He bootstrapped.

But then a funny thing happened: Schmelzer met the Swoosh.

Yes, that Swoosh--Nike. Schmelzer's company makes the iBitz, a personal activity monitor for kids. And late last year, when Nike announced it was launching a special accelerator for startups developing high-tech solutions that could leverage the Nike+ platform, it was serendipity. 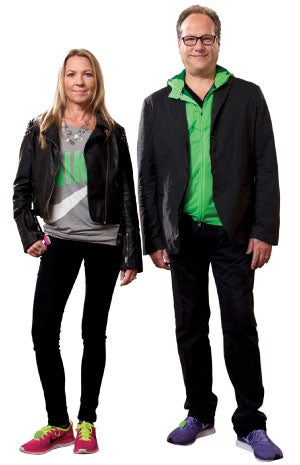 A nike program helped Alexandra O'Leary and Rich Schmelzer of GeoPalz step in a new direction.

"It literally couldn't have been a better fit," says Schmelzer, who serves as CEO of GeoPalz. "I had done companies the old-fashioned way. It was time to take a different approach."

Schmelzer and his GeoPalz co-founders--his wife, Sheri, and Alexandra O'Leary--represent a new wave of entrepreneurs launching ventures with a little help from companies who've done it before. Like renowned programs such as Y Combinator and Dreamit Ventures, these corporate-run initiatives help early- and midstage companies get from the concept phase through adolescence and into young adulthood. Some include capital investments; others don't. Most incorporate mentorship. All aim to foster and facilitate innovation across the board.

Why Big Companies Want In

Conceptually, these programs--once called "intrapreneurships," a term now generally considered outdated--are not new. Think of them as incubators or accelerators, developing potentially profitable ideas and offering supportive environments for entrepreneurs--only within the confines of a big company.

They also are becoming more prevalent. While there are no official studies, Cambridge, Mass.-based consulting firm New Markets Advisors says that a "significant" portion of Fortune 500 companies--including Procter & Gamble, IBM, Walgreens and The Hershey Company--likely have some sort of incubator cooking in at least one business unit.

Stephen Wunker, managing director of New Markets Advisors, says that for corporations that must devote their energies to day-to-day operations and quarterly earnings, incubators offer forays into fuzzy, long-term prospects that can come into focus over time. "Given the pace of change that threatens established businesses, incubators are becoming more and more important to create growth options," he says. "For many organizations, having an internal incubator is like an insurance policy--if the market moves, the companies are ready to change directions or grow new business quickly."

Shell launched a corporate incubator as an offshoot of its R&D division almost 20 years ago. Dubbed GameChanger, the program is designed and run like an angel investment fund. About 25 percent of the projects come from inside, but the incubator also evaluates proposals from universities and other outsiders--so long as the startups are focused on new initiatives involving energy.

The typical incubation period ranges from 18 to 24 months, and the average investment is $500,000, according to program manager Russ Conser. The company accepts 30 to 40 new startups per year and aims to capitalize on 10 to 20 percent of them.

"We view success as any company that secures a subsequent round of funding," Conser says, noting that in some cases Shell "funds" a company itself.

There are other benefits for the companies that run these programs. They can cherry-pick projects to extend and amplify the power of their brands. They can launch new firms in their image. They can have a stake in the future.

In the case of Nike, which worked with TechStars to launch the 90-day Nike+ Accelerator earlier this year, the goal was simple: to grow the Nike+ ecosystem. Dan Cherian, general manager of Nike's Sustainable Business & Innovation Lab, says that for startups, the program included relocation to Oregon for the boot camp and a host of opportunities to learn and grow.

"You don't have to do equity deals to make a difference," Cherian says. "We see participation as something bigger, something that can foster an even better relationship long-term."

In almost all cases, participation in a corporate incubator or accelerator enables entrepreneurs to leverage the parent company's resources to scale their business, utilize new technologies and access competencies such as regulatory and/or scientific expertise that otherwise might be unavailable to independent startups.

In many instances, involvement with a corporate incubator also can mean sizable financial assistance and professional services (such as legal advice) worth big bucks. For instance, companies participating in Blue Startups, an incubator from Honolulu-based Blue Planet Software, receive $20,000 in cash and a variety of professional services valued at more than $500,000.

Samantha Godfrey, CEO and co-founder of San Diego-based Pharmly, a pharmaceutical bidding marketplace that graduated from the program in June, says her company benefited from mentors who gave guidance for which she would have paid top dollar had she been working on her own, as well as from $60,000 in credit for Microsoft's Azure cloud platform. "Every little bit helped," she says. "And the fact that it was all right there, at our fingertips, enabled us to do in three months what it would have taken us a year to complete otherwise." 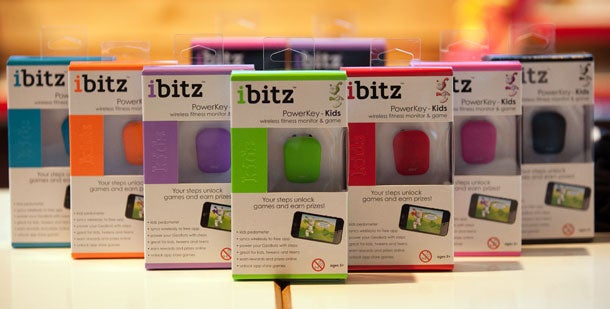 There are also intangible benefits to participating in such programs. Schmelzer credits Nike+ Accelerator mentors with helping him transform GeoPalz's investor pitches. Before the tutorials, the pitches made no mention of the GeoPalz founders' previous company, Jibbitz, which made charms for Crocs shoes and eventually sold to Crocs for $20 million. After extensive critiques, Schmelzer changed the script.

"All that time I was afraid of VCs hearing about our experience with consumer goods and telling us we couldn't sell technology," he says. "The feedback helped me realize that the key takeaway was bigger than that--with Jibbitz, we built a business selling to moms and kids, and that's exactly the same audience we're trying to go after today."

In a few cases, the ultimate benefit of corporate incubators is the fast track to acquisition. Wunker of New Markets Advisors likens the process to "buying a vowel" on Wheel of Fortune. "You're giving up a bit of your potential upside of succeeding by IPO, but you're increasing the possibility of succeeding by trade sale or in other ways," he says. "If your goal in life is to get a reasonable exit but not shoot for the moon, going into a corporate incubator might be a good approach."

Corporate programs are not all unicorns and rainbows. Generally they involve lengthy application processes. They can force companies to focus development on areas that benefit the parent company more than the startup itself.

In some cases, participation requires entrepreneurs to sign over a portion of equity or accept an ownership stake. There are day-to-day pitfalls, too, such as getting caught up in the politics, dysfunction and/or bureaucracy that run rampant in large entities.

Another potential hurdle: a disconnect between the incubator and its parent company. Matt Bell, president of Houston-based GeoDynamics, which manufactures equipment for the oil and gas industry, experienced this as part of Shell's GameChanger program last decade. Bell, who graduated from the program, had capitalized on a new technology for enhancing the minerals-discovery process. But he says Shell was subsequently slow to adopt the technology, which prompted other potential users to question its usefulness.

"Ultimately we didn't get enough of an endorsement [from] the parent organization," Bell recalls. "It's great to have the name of a big company backing you, but if they don't do something with it, it can become a real problem."

Other challenges are more abstract. A number of entrepreneurs wonder about the extent to which participating in corporate incubators could be construed as "selling out." Others wonder whether industry players would be comfortable purchasing a product that was incubated by a competitor.

Venture capitalists, too, have concerns. Michael Harden, co-founder of Artis Ventures in San Francisco, says that while he likes the concept of corporate incubators, he is "much more likely" to be skeptical of a company that has participated in one (as opposed to a traditional, stand-alone incubator or accelerator).

"If I'm investing in a company that was created and coddled by a big company early on, my presumption is that their market is going to be limited," says Harden, whose firm has invested in YouTube, Practice Fusion and InternMatch. "I'm not saying I wouldn't invest, but I am saying I'd have a lot more questions before feeling comfortable doing so."

What to Look For

So how do you know if a particular program is right for you? According to experts and entrepreneurs who have been through them firsthand, there are a few key issues to consider.

Clearly, it's important that the program you select is focused somewhat on the industry you wish to enter. Pharmly's Godfrey says it simply makes "good business sense" to apply for one that is--at least in some way--connected to your business. "You'll get something out of any incubator or accelerator," she says, "but you'll get more out of one designed to serve the industry you're aiming to join."

Second, you want to identify a potential friend on the inside. Wunker notes that within big organizations, people may not have the same allegiances and priorities--just because they have the same logo on their business cards doesn't mean everyone's goals will align with yours. "Ideally, you want to work with people who understand your business, appreciate how you're approaching the challenges and, ultimately, want to see you succeed," he says. "If you can't find at least one of those advocates at a particular incubator, perhaps it's not the incubator for you." 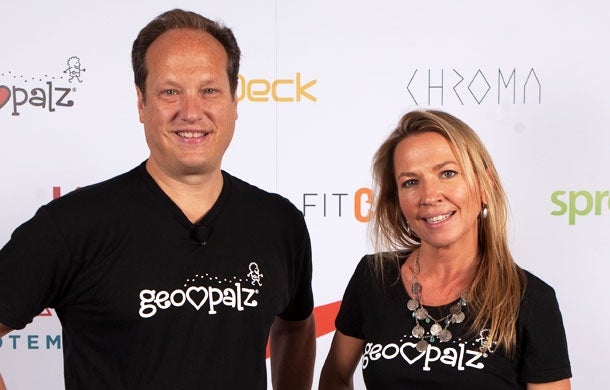 Next, find a mentor network you can leverage. Schmelzer loves to talk about how mentors at the Nike+ Accelerator forced him and his partners to overhaul their GeoPalz business plan to focus on the lifetime value of their child customers. His advice: Seek programs with ample and accessible mentor rosters, so you can put yourself in a position to soak up as much advice as possible.

"The great thing about an incubator is that you get to pull together all of this great advice and, if you're nimble enough, use it to change," he says. "Sometimes as entrepreneurs we get so stuck on a plan that the best thing for us to do is put ourselves in an environment that questions everything."

Finally, remember that there's no such thing as free money. Bell of GeoDynamics points out that if a corporate incubator agrees to give you funding to help you further your idea, it comes at a cost, whether it is equity, control or something else. If you're not open to that setup, it's better to look for programs through which no money is exchanged. "On some level, many of these relationships end up being quid pro quo," he warns. "The sooner you come to terms with that, the better off you'll be."