By Sarah Max August 27, 2013
Opinions expressed by Entrepreneur contributors are their own.

Walk into Freshfully, a local food market in Birmingham, Ala.'s revitalized Avondale district and, depending on the time of year, you'll see bins overflowing with fresh tomatoes, coolers stocked with artisan cheeses and grass-fed beef, and co-owner Jen Barnett bustling around the store, talking with customers and taking inventory from farmers.

Freshfully is every bit a brick-and-mortar business, and a far cry from the virtual farmstand Barnett and her business partner, Sam Brasseale, set out to create. 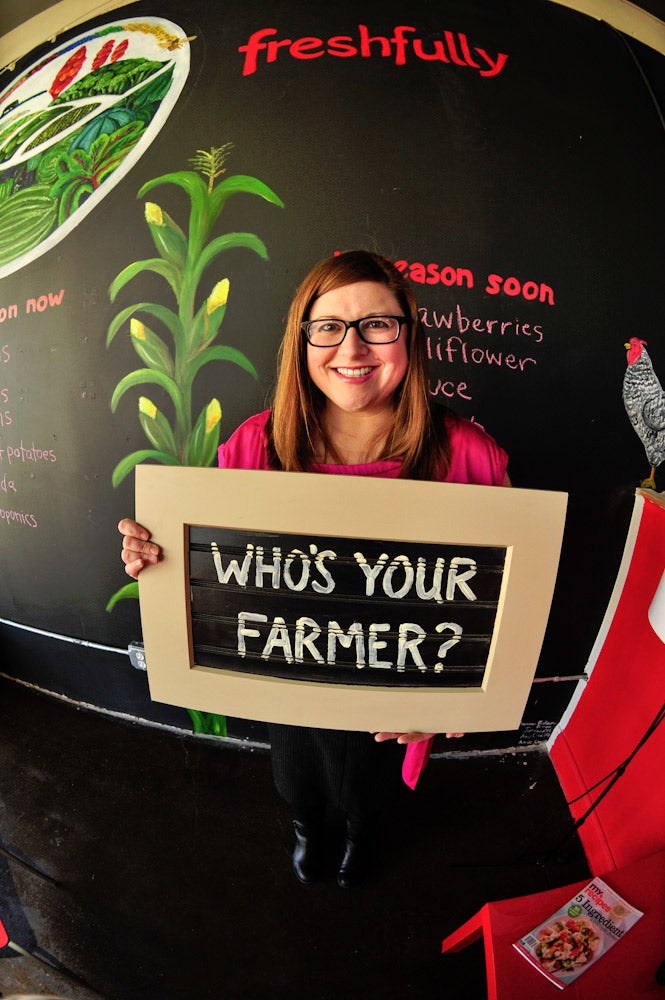 The inspiration for Freshfully came while the two were working together on web projects and trying, often in vain, to eat more local foods. Navigating farmers market locations and schedules was a chore, and the selection wasn't always fantastic. "You'd go and it would be all squash," says Barnett.

Their idea: create an online community of localvore bloggers who would help buyers navigate this maze. In 2011, the duo won a business plan competition and took home $30,000 for office space and startup costs. There was just one hitch: A stipulation of the competition was their site, Freshfully.com, had to actually sell food.

After calling farmers throughout the state to drum up interest for selling online, they launched their virtual farmers market in November 2011 with about 50 products. The site took off. The logistics, however, proved challenging. Customers could buy their organic vegetables and grass-fed beef online, but farmers still had to deliver them somewhere, and customers still had to pick them up. "My shrimp guy was initially doing drop-offs in the parking lot of Saks Fifth Avenue," Barnett says. By the end of that year, the company's office refrigerator was overflowing with pork butts and flank steak.

Without a better system for connecting buyers and sellers, the founders knew they would fail. They considered solutions, from giving farmers branded boxes to ship over night to having a mobile truck pick up and deliver the items. "Ideally we wanted a grocery story but that just seemed ridiculous with our $30,000, most of which we'd spent," she says.

Then they heard about another contest, this one sponsored by a local business organization and craft-brewing company, and offering six months of retail space in the Avondale neighborhood. The Freshfully team won again, and in May 2012 began welcoming customers to their space, an old brick building that was a grocery store that opened in 1895.

Selling perishable food – much less fresh and local – online is a tricky business, says Michael Levy, an expert in marketing and retail supply chains with Babson College. "Even the big guys have struggled with this," referring to the likes of Amazon and Walmart, both of which sell groceries online. "Freshfully did the only thing that makes sense."

The drawback, he says, is that an old-fashioned market makes it tough to scale – unless the founders can figure out a way to take the idea to other markets or parlay the market into related web sales. That said, for any business, figuring out the right model is often an exercise in trial and error. Meanwhile, all wasn't lost with their initial venture online. It gave Freshfully the following and the credibility to make the leap into the brick-and-mortar world.

The market sells a broad selection of fruits, vegetables, meats, eggs, cheeses, baked goods, canned goods and dry goods, but nearly everything is sourced from Alabama, with a few items from Nashville or Atlanta. "You're not going to walk in and see bananas," says Barnett, who likens the store to a farmer's market that's open six days a week, year round and during normal business hours. Customers range from gourmet cooks and health-conscious moms to women in their 80s looking for the freshest tomatoes.

Running a grocery story is a huge detour from the owner's previous careers. Brasseale, a web developer and programmer for most of his career, prefers to stay behind the scenes. Barnett worked for grocery-store clients while in advertising and researched grocery-store pricing in business school, but this "is the difference between playing Farmville and having a farm," she says. "The first day we opened I bought 500 heads of lettuce and ended up composting most of them."

Nevertheless, the business is now profitable and growing. This year Freshfully expanded into its full space and opened a café. The company has also started a workplace wellness program and partnered with local companies to drop off food at workplaces.

Freshfully today looks nothing like the concept Barnett and Brasseale began with, but the founders believe the end result is the same – make buying local food easier and more convenient.