How 3 Companies Use Storytelling as Advertising

A few months before launching his Jackson Hole, Wyo.-based company Stio last September, Stephen Sullivan introduced the outdoor apparel brand with a blog called The Town Hill Chronicles. The blog, by a team of professional writers, profiled people living in mountain communities across the U.S. In doing so, it helped Stio tell its brand story, build an audience and establish a set of values and an emotional connection to the outdoor experience--all before unveiling the website and brick-and-mortar store.

"The goal was for people to read about the culture behind these communities, to get more in depth about this mountain world we live in and how diverse it is," Sullivan says.

An industry veteran who co-founded outdoor brand Cloudveil, Sullivan keeps the Stio blog fresh with new stories published at least twice a month. The blog also adds to the in-store experience, via strategically placed iPads. "In this much more abbreviated world we live in, adding some depth and texture to the story of a brand is really key," Sullivan says.

Wrapping Up the Story

With 14 employees and no advertising budget, Shawn Askinosie, founder of Springfield, Mo.-based Askinosie Chocolate, decided to see if he could put an essential part of his product to work to tell the company's story: the wrappers. Each package features a photo of the lead farmer whose cocoa beans were used to make the bar. They're wrapped with string sourced from the biodegradable bags of beans, cut to fit by women staying at a shelter in town. 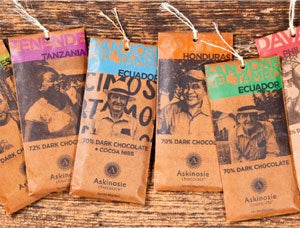 "We use storytelling to sell our chocolate every day," says Askinosie, a former criminal defense attorney, of the small-batch chocolatier he launched in 2007. "Our customers know our cocoa farmers because we share their stories on our packaging, website and other materials. The cocoa farmers are an integral part of our story." That story also makes it clear to customers that Askinosie pays higher than Fair Trade rates for beans, compensates farmers fairly (including profit sharing) and treats them like business partners instead of vendors.

The result? Askinosie's wholesale customer retention has improved by more than 30 percent since the team began communicating clearly to those on the front lines selling the chocolates how the product is sourced. "My hope is that what happens at our little factory changes lives," he says. "That's the story I want to tell about our brand."

When you offer an abstract service rather than a tangible product, telling a story--and a good one at that--helps customers envision using it. At Seattle-based Trupanion, a pet insurance company founded in 1998, the marketing team was determined to find ways to make the service resonate among both customers and veterinarians. To do that, they create five to 10 branded video testimonials a year, showcasing the stories of pet owners who have reached out to the company to express their gratitude. 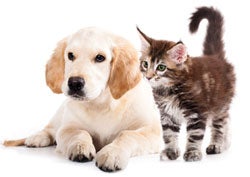 The videos are posted on the Trupanion website. One of the most popular, "Joe's Dog Pack," tells the story of an employee who owns two deaf dogs and two hearing dogs, with the goal of debunking negative myths about deaf pets. The clip has clocked more than 11,000 views. "A Pet Fire Drill," which offers fire-safety information and stars the staff's pets (some 80 animals come to the Trupanion offices with their owners each day), has generated 8,500 views. The videos are also distributed to veterinary clinics nationwide, many of which show them in their lobbies.

"Pet insurance is two pieces of paper and a staple," says Anne Tomsic, Trupanion's vice president of brand and communication. "We have to bring that to life, and a video is a compelling way for us to paint the picture of a pet owner who has benefited from Trupanion."

In turn, thousands of customers have begun sending in their own pet stories and posting them on Facebook. "It's a win-win," says CEO Darryl Rawlings. "We get lots of ideas from the stories our customers send in."