Digital or Traditional Marketing? Depends on Your Business

Specialty bakery Pink Cake Box in Denville, N.J., jumped into digital marketing as soon as it opened for business in 2005 by focusing on its site and blog. "We saw it as a way to establish ourselves as an authority and not just display our cakes in the gallery like the competition did," says marketing director Jesse Heap. "We built a site that's updated on a frequent basis, has a blog, interacts with our customers, even provides education." The effort paid off: Pink Cake Box was profitable after one year. 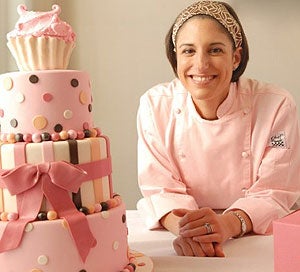 The bakery kept the momentum going with the advent of social media, jumping onto Facebook and Twitter early on and attracting a strong fan base before competitors even had accounts on those platforms. That early adoption earned Pink Cake Box 64,000 likes on Facebook, 15,000 followers on Twitter and more than 12,000 subscribers on its YouTube channel.

As digital marketing options have expanded, so has Heap's marketing strategies. He has learned to focus on YouTube and Pinterest, visual platforms that allow Pink Cake Box's extravagant creations to speak for themselves.

"I talk about first-mover advantage, but at the same time you have to balance that with being selective and not spreading yourself too thin," he says. "You really have to focus strategically on channels that will give you the most bang for your buck."

Joseph Jaffe, co-founder and CEO of New York City- and Westport, Conn.-based innovation agency Evol8tion, applauds Pink Cake Box's aggressive adoption of new media. "Being first on any platform and any channel and then staying the course is a great way to rise up and break through," he says.

Jaffe adds that digital marketing is just as viable for companies whose products might lack the visual appeal of Pink Cake Box's eye-catching desserts. "There's the ability to have a lot of fun when it comes to building a nontraditional and surprising hub or platform," he says, citing as an example Blendtec's viral "Will It Blend?" YouTube campaign: The videos show founder Tom Dickson using his blenders on everything from marbles to iPhones, demonstrating the product's power while giving viewers a laugh.

Jaffe says the key to crafting a successful campaign is to develop a marketing strategy first and then determine which digital channels will best enable you to meet your goals.

Kim Anderson, co-founder of Warren, R.I.-based skincare and cosmetics line Ava Anderson Non-Toxic, knew she had to educate consumers about the harmful ingredients found in many competing products before she could secure sales of hers. "Because we were so message driven and we wanted to build fast, we decided to do a direct-sales company, because our family has had several generations of experience with that, and we know that it works," she says. 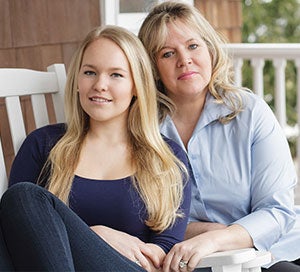 That model proved successful: Within three years of its 2009 launch, the company brought on nearly 3,000 sales consultants who helped turn the skincare line into a multimillion-dollar business.

Beyond direct sales, the company has had great success with traditional marketing techniques such as celebrity endorsements (Alicia Silverstone is a fan) and speaking engagements. This past summer, Ava Anderson Non-Toxic embarked on a "Summer Sizzle Tour" that visited four cities in four days. "You can't even imagine the ROI on getting in front of 1,200 guests in four days," Anderson says.

"A lot of people use digital marketing, and it can be very effective," Scara adds. "But what can be even more effective is to incorporate some of the traditional methods into a complete marketing plan just to get a more well-rounded approach to building brand awareness."

When launching your business, keep in mind that traditional marketing has always been an effective method for first establishing your brand in the marketplace, but a social media strategy with regular updates will help you engage those first customers who come through the door and keep them coming back.