How to Ease Acquisitions from the Acqui-Hired Founders

By Susan Johnston August 28, 2012
Opinions expressed by Entrepreneur contributors are their own.

Tech giants these days have been snapping up smaller rivals as though they're playing a high-stakes game of Monopoly. But instead of collecting the deeds to Boardwalk or Park Place, they're attempting to build-up their engineering teams or snag the code behind a hot new app. In other words, they're acqui-hiring.

It's well-known that Google and Facebook have long-relied on smaller companies to serve as talent pools or innovation generators. On Facebook’s first earnings call last month, Mark Zuckerberg even admitted that -- with the exception of Instagram, which has yet to be integrated into Facebook, since the acquisition hasn't closed -- his strategy has focused on acqui-hiring to help Facebook grow.

"Instead of taking the opportunity to hire individual talent, some companies are buying for the talent and discarding the product," says Shekhar Purohit, a managing director at executive-compensation consulting firm Pearl Meyer & Partners in San Francisco.

But not all tech giants are choosing to throw out the baby with the bathwater. Skype acquired group messaging app GroupMe for more than $50 million last year and the app has remained independent. And perhaps an even more striking example is Amazon's 2009 purchase of Zappos.com, which founder Tony Hsieh still runs today.

Yet living under the same roof as a larger company isn't all ping-pong and bottom-less snack time. YoungEntrepreneur spoke with several founders of recently-acquired startups to discuss the transition. 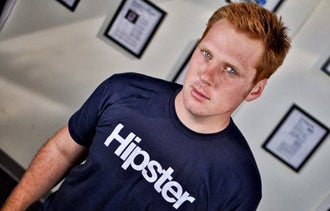 Local photo-sharing app Hipster.com was founded in 2010 and moved out of its San Francisco offices after being acquired by AOL in March 2012. The startup's website is still up and running, but Ludlow says it's unclear if it will continue as a standalone product.

"AOL has a lot of great local and mobile products like MapQuest and Patch," he explains. "What we're trying to do now is understand ‘does it make sense to integrate the product and technology into some of AOL's pre-existing products?'"

Ludlow adds that the key to a smooth transition is having your legal and financial paperwork in order first. "There's gobs and gobs of paperwork that go along with acquisitions," he says. "So if you're not prepared that can really slow down the process." 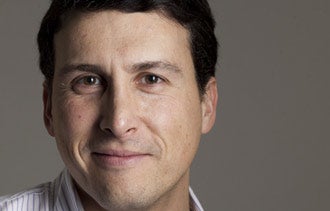 The San Francisco-based customer-service conversation tool Assistly was Bard's fourth startup (his third in the customer-service space), and Salesforce.com was among its investors. "As we started to spend some more time with them, we saw that our vision was aligned," says Bard. "It made sense to work more closely together."

Assistly became Desk.com, but Bard says the product still runs mostly as a standalone business unit, similarly to how it ran before the acquisition. "Salesforce has very much a startup culture," he adds. "They take risks in exploring new product avenues and place a huge emphasis on employee success. It actually hasn't been as jarring of a transition as I've had in the past."

Related: Starting Up Under One Roof: A Look at the Surge in Residential Incubators

Bard credits the time spent with Salesforce as an investor prior to the acquisition with easing that transition. It's vital for understanding if the acquiring company aligns with your core values, he adds. 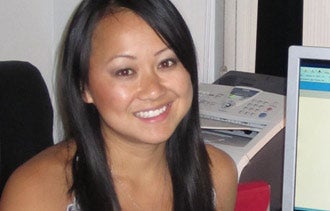 When the co-founders of social-rewards marketing platform VoxBloc were acquired by the Norfolk, Va.-based Dominion Enterprises they considered it a good match right away. After finding it tough to scale the company, being able to access Dominion's large sales force was a relief, explains Dao. "We had the technology, and they had this massive sales machine."

And though the team wondered if they'd have to relocate from Santa Monica, Calif., Dao says Dominion made no such demand. "They were forward-thinking enough to recognize that LA has become a hotbed for startups and innovation," she says.

Related: How to Know When It’s Time to Walk Away

Plus, the parent company has been relatively hands off, adds Dao. They've created new iterations of VoxBloc to integrate with Dominion's verticals like power sports and travel, but Dao says she's pleased with the fact that the product has largely remained intact. "A lot of times when startups are acquired, they take the product and strip out all the code," she explains. "It's very seldom where you see them taking the co-founder and letting them run with it."

How do you think you'd handle the transition from founder to employee? Let us know what might make it easier in the comments section below.