Have a Burning Question? Ask the Expert

By Andrea Huspeni August 7, 2013
Opinions expressed by Entrepreneur contributors are their own.

"A lot of times issues come up, and you have no one to turn to, because no one is doing the same thing as you," says Epstein who founded the Austin, Texas-based media agency, fifteen-media. "I have been lucky to have amazing people in my life. I want to pay it forward and hopefully help someone out."

Epstein acts like the pinch hitter to publicists, boutique agencies and giant PR firms like Edelman. When there aren't enough hours in the day, she assists these agencies in nabbing interviews, placement and gaining exposure, allowing for the firms to focus on strategy and advising clients. Since no day is ever the same in the world of PR, Epstein's behind-the-scenes duties have run the gamut -- everything from placing contributed content to nailing down regional media across the U.S. and landing TV interviews on national-morning shows. 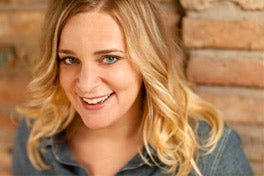 Prior to making her own mark in PR, Epstein, who is a communications graduate of New York University, began her journey in media at NYLON and Vogue magazine. There, she formed relationships with major media companies, along with learning the secret to getting exposure for clients -- pitching memorable, targeted stories to publications. Epstein also worked alongside famed-fashion publicist Kelly Cutrone at People's Revolution, a firm that snagged its own reality series on Bravo TV called Kell on Earth.

While the world of PR, especially in fashion, is notorious for making people cry, Epstein realized not only the importance of being thick-skinned but also her potential.

"It was cool to be up close and personal with people I really admire and know they are real people like everyone else," says Epstein. "It made me think if they can do it, I can too."

For the month of August, Epstein is eager to tackle your burning questions each week. Feel free to ask questions relating to PR, social media, marketing and starting up. (She is an entrepreneur after all.)

Submit your questions in the comments section below or tweet us using the hashtag #YEask. Please include your first and last name, your location (city and state) and the name of your business in your comment or tweet.