The Most Expensive Cities for Expats (Infographic)

Mercer's 2013 Cost of Living Survey ranks global locations for expatriates. Among the 10 most expensive are Moscow, where a cup of coffee will set you back the equivalent of $8.29, as well as Tokyo, Singapore, Hong Kong, Sydney and the Swiss cities of Geneva, Zurich and Bern.

But the world's highest cost of living for expats? Luanda, Angola, where a two-bedroom unfurnished apartment rental costs $6,500 per month, and prices for transportation and imported goods--an international daily newspaper goes for $5.42--are exceptionally high. 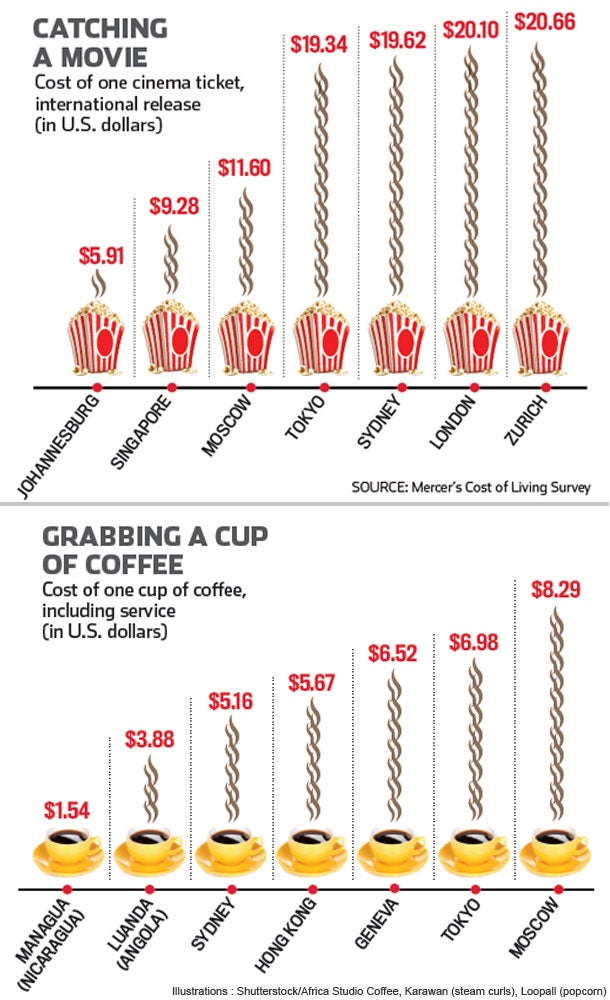