In Mobile Gaming, the 'Eyes' Have It

Chris Newmarker
October 21, 2013 5 min read
Opinions expressed by Entrepreneur contributors are their own.

As a former Yugoslavian republic, Slovenia is probably known more for its picturesque towns than for innovation or entrepreneurship.

"It’s not a big culture for people trying to make a profit," acknowledges Aljosa Pavsic, founder of Neptun Digital, a six-year-old company based near the Italian border in Sempeter pri Gorici.

But that is exactly what Pavsic has been trying to do with the free iPhone and iPad gaming app called Eye Jumper in which players move a jumping crab through obstacles not by using their thumbs, but rather by moving their face in front of the device’s camera.

It is the latest post-Great Recession strategy for Neptun, a company that generates roughly 80,000 euros, or $100,000, annually has been made up of Pavsic and two other full-time employees all along.

Neptun started out as a digital-signage company, flashy digital screens in restaurants or buildings that displayed advertising. But as the recession sunk in, the company's business strategy turned to leasing the signs and additional sign-related services to small businesses.

But even the market for digital signage weakened during the recession. Over the past two years, Pavsic and his colleagues have set about tinkering with mobile gaming apps. And earlier this year, the company launched its latest gaming app that will utilize face-recognition technology -- skills the developers gained while working on digital signs.

Market opportunity: Granted, there are some other gaming apps out there that take advantage of full body movements for gaming. But Pavsic thinks games based on the movement of the face provide a higher level of enjoyment to phone users. 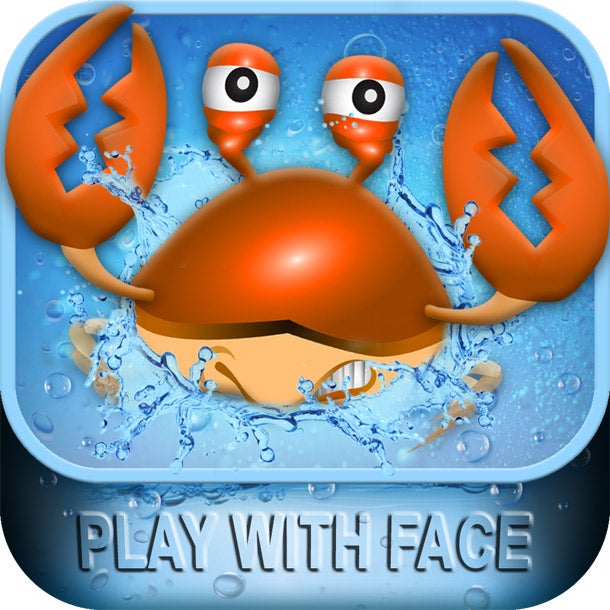 "You hold your phone in your hand, the only thing the phone sees is your face," Pavsic says.

While Pavsic is confident in the new app, he admits being overly optimistic regarding his company's previous game, Eye Breaker. It only garnered a few dozen free downloads a day. "I thought, we have a great app out there, and we’re going to make millions," says Pavsic, who now says the failure helped inform the company's strategy for the next one.

When Eye Jumper came out early this year, there was more of a focus on marketing -- specifically app store optimization techniques including keyword optimization, description improvements and better icons and screenshots.

Within months, Neptun was scoring nearly 1,000 downloads a day. "This is currently the only marketing tool we are using, and it has proven to be the … most effective considering the effort and money invested," Pavsic said.

The company is making money from Eye Jumper through advertisement placements, as well as selling add-on items for the crab such as a super jump, jet pack and bombs that help it get through the sharks, octopuses and other "bad guys" in the game.

Pavsic hopes to raise money for the business to better market Eye Jumper, as well as develop new gaming apps.

Challenges: Pavsic and his colleagues changed plans a number of times while developing Eye Breaker and then Eye Jumper. He and friends were used to Android phones. So they initially wanted to develop the game for these devices. But they soon realized that there are so many Android models that it was tough to make Eye Breaker work on all of them.

Pavsic saw two advantages in sticking with Apple while developing Eye Jumper. First, he thinks Apple users are more likely to upgrade -- a plus when you’re relying on the phone camera and technology to improve in order to make increasingly better gaming apps.

And even though Eye Jumper is a bit clunky on iPhone 4, Pavsic correctly bet it would run well on iPhone 5 and up.

Strengths: Pavsic is an entrepreneur to his core. At 35, he has never worked for anyone in his life.

In the late 1980s, Pavsic’s family lived in New York, on Long Island. He recalls getting in trouble in third grade for selling school supplies and sodas to his classmates at a profit.

Still, he learned that a person can make money off selling -- as long as it is the right price.

There have been plenty of headaches trying to develop one of the first game apps that relies on the player moving his or her face, but Pavsic dreams of a day when players will only have to move their eyes.

Read on for Entrepreneur's coverage of TrepLabs apps. To become a TrepLabs app, apply here.