Andrea Huspeni
Contributor
Founder of This Dog's Life
October 30, 2013 2 min read
Opinions expressed by Entrepreneur contributors are their own. 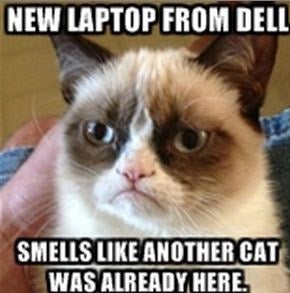 As the drama between Dell and activist investor Carl Icahn has subsided, the computer company has a new problem on its hands: cat urine. Or to be clear, an odor reminiscent of cat urine.

Back in June, users starting speaking up on a Dell support forum about an odd smell coming from their 6430u laptops. People wrote in stating they believed their cat had literally sprayed their laptop. One owner went so far to have his cat put down in order to get rid of the smell and is now asking Dell to pay legal fees, because his wife left him after she found out (I would have, too).

Below are a few snippets of what people are saying about this smell:

This consumer almost went that far but fortunately, didn't.

Our feline friends are not to blame for this smell. Dell has issued a statement reassuring people the smell is not a health hazard nor is attributed to cat urine. The company blames a new manufacturing process and is asking people to send back their computer to get replacement parts. When I reached out to a Dell senior technical consultant known as SteveB on Twitter to see if there was any updates, he replied, "We do have a root cause and the problem is fixed. I hope to post details in the Dell forums this week or next at the latest."

For now, here is a full statement he published on the forum earlier this month. 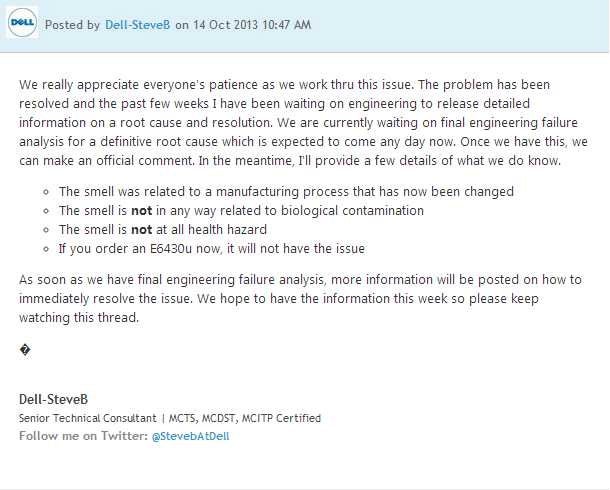 That said, at least one person thought Dell was onto something. 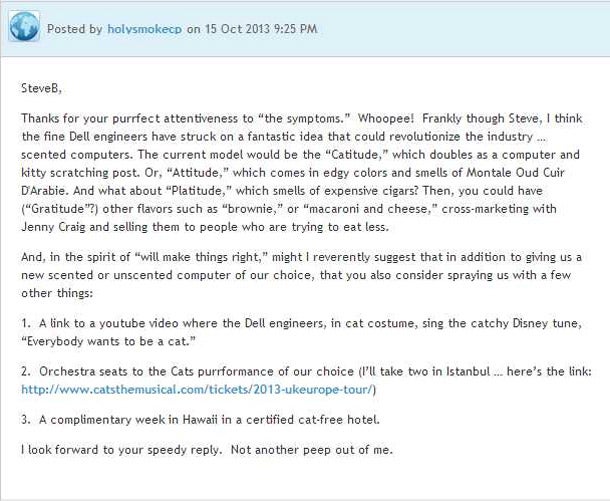