By Chris Newmarker November 5, 2013
Opinions expressed by Entrepreneur contributors are their own.

While many have called Steve Jobs’ 2005 Stanford University commencement speech inspiring, Adam Roberts might instead use the words life changing.

After viewing footage of the speech a few years later -- around the time of the Apple founder’s October 2011 death -- Roberts gave up a 15-year career at Honeywell where he designed security-camera software. He struck out on his own with his London-based startup smartphone app company Enigmatic Flare. 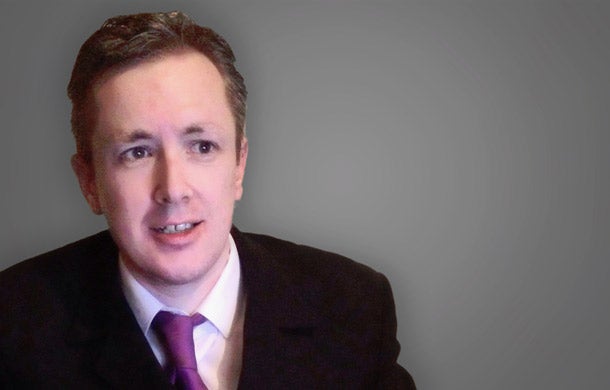 Adam Roberts gave up a 15-year career at Honeywell to launch smartphone-app company Enigmatic Flare, the maker of Camerarrific.

“You have to follow your instinct. You have to live your own life, basically,” said Roberts, who acknowledges the creative path to developing the smartphone camera app dubbed Camerarrific took as many twists and turns as his own sleeping habits.

“I’ll hit the pillow. I’ll drift off, and I’ll get an idea. And I’ll get up and prove the theory,” Roberts says. Working has “pretty much been every day, most hours.”

He started out designing an app for music sharing, but a desire to incorporate pictures caused him to start building a camera app that Roberts says will have the best image-quality around and the most filters and special effects too. The app's design also plans for social-media functions that he thinks could eventually attract a new photo- and video-sharing community.

Market opportunity: Smartphone users are so addicted to snapping photos and video and sharing them online that Roberts thinks they are hungering for a smartphone camera app that far surpasses its competitors.

“It’s hard to come across an app you can take good quality pictures with,” Roberts said.

Roberts claims that Camerarrific is one of the only camera apps around that features photos at full resolution lossless compression -- with so much color and detail that Roberts could recently pick out tiny dirt patches when he shot the grass in his lawn.

Roberts says the app has 10 times as many photo filters as its nearest competitor, Instagram, and the effects can be previewed live. There’s even the ability to do so-called “green screen” special effects with video. Starting in early 2014, users will be able to tag music to a picture, with the tag automatically linking to songs on iTunes.

The revenue model is to provide Camerarrific as a “freemium,” with money made off purchases of extra features such as additional filters. Enigmatic Flare is sticking to iPhone only at this stage, with Android coming after launch.

Challenges: There are plenty of photo-sharing smartphone camera apps out there, including established players such as Instagram, Path and SocialCam.

With giants like these, it perhaps goes without saying that Camerarrific had better be groundbreaking, even downright revolutionary, if it is to compete.

Roberts is confident that Camerarrific will make the cut: “There’s enough features for people to enjoy. ...If you make a product that good, it will sell itself.”

Camerarrific recently debuted on the App Store by November. At launch, it will share on Facebook, Twitter, Tumblr, Path, Instagram and more. Camerarrific’s own social network is coming in the first quarter of 2014, and will be hosted in Microsoft’s Azure cloud.

Strengths: Roberts, who developed a noughts and crosses (tic-tac-toe) game for the Commodore 64 system when he was 10, is counting on his programming chops to carry him through with a smartphone camera app that is so amazing that millions of people will clamor for the free downloads.

He also hopes that the love he has put into his creation will rub off on the users. Ideally he says, the app will end up “driving innovation and people enjoying what we have created -- you can't put a price on the value of that.”

What do you think? Will Camerarrific topple existing camera apps' dominance? Let us know with a comment.

Chris Newmarker is a professional journalist of more than 12 years. His focus in recent years has been business and technology. He is based in Minneapolis, Minn.