All entrepreneurs want their company to be an overnight success. But if you are lucky enough to experience rapid growth, as Gautum Gupta, founder and CEO of NatureBox discovered, you'll face a new set of challenges. His subscription-based healthy snack company sold a respectable 50,000 boxes in 2012, but thanks to aggressive social media marketing, sales skyrocketed to over a million boxes sold in 2013. Gupta has found one of his biggest challenges staying in touch with everyone involved in NatureBox from partners, employees and even professional contacts.

“There so many apps available, and I used to spend a lot of time trying different ones,” says Gupta. “Then I realized that I didn’t need to reinvent the wheel and started asking other entrepreneurs for their recommendations. Several of my favorite apps have been suggested to me by colleagues and friends.”

Here are three apps that Gupta uses throughout his day: 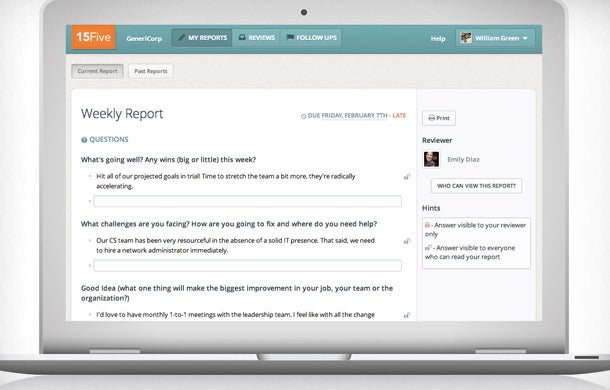 1. 15five. In the early days, status reporting at NatureBox was catch-as-catch-can, with Gupta getting updates from email or quick hallway meetings. But as the staff grew, it was easy for Gupta to forget a conversation or not remember where he had written his notes. Gupta needed a way to keep track of the employees reporting to him without micromanaging and wound up downloading 15five, a web-based team communication application, on the recommendation of a fellow entrepreneur. Each week his teams take 10-15 minutes answering questions on an online form that Gupta takes around five minutes to read.

“My day can often get away from me and this really reduces the need for many one-on-one meetings,” Gupta says. “Using 15five gives our status reporting much more structure and allows us to keep all of the communication in one place.” "I’ve found that it works best with smaller teams of three to five people. Each week I try to make my questions short and simple to reduce the time it takes my employees to fill it out.” 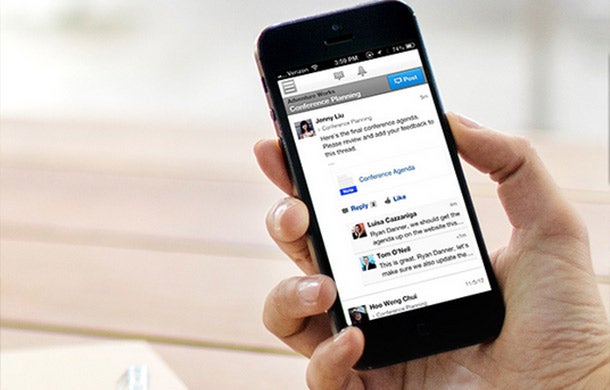 2. Yammer. As NatureBox rocketed from three people at the beginning of 2012 to 55 this year, Gupta wanted to create a sense of community. He set up Yammer as a company-wide online bulletin board that can both be used on the desktop and mobile, using it as a sort of Facebook for the workplace. When employees log onto the site, they will find anything from an update on a companywide project to funny photos of the employee parking lot with the caption “Guess Who Can’t Park.”

“It can be very challenging to make sure that everyone knows what is going on and this is a great way to keep in touch,” says Gupta.

He also uses the forum to update staffers with articles on the snack industry and recently polled employees on business card designs and where they should go for the next company’s monthly happy hour. “We often have healthy debates about articles and how it relates to what we are building at NatureBox,” Gupta says. “Yammer has really helped us our employees to be on the same page as well as bond with each other.” 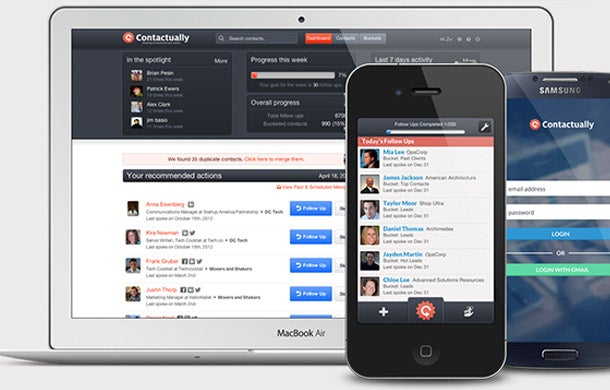 3. Contactually. To keep connected, Gupta uses this app that integrates into his email and LinkedIn accounts and alerts him on whatever device he selects when he hasn’t communicated with someone in set period of time, such as 90 days. “Last year I got an alert reminding me that I hadn’t been in touch with a friend in 3 months so I wrote up a quick email telling him about what was going on at NatureBox and that we were looking to expand our social media team,” says Gupta. “He emailed me back to tell me that one of his former collegues was an excellent social media manager and we ended up hiring her.” About two three times a month he also sends a handwritten note and a Nature Box when he gets a Contactually reminder or when someone helps out NatureBox such as with reference for a new hire.