Why Barbie Posed for Sports Illustrated 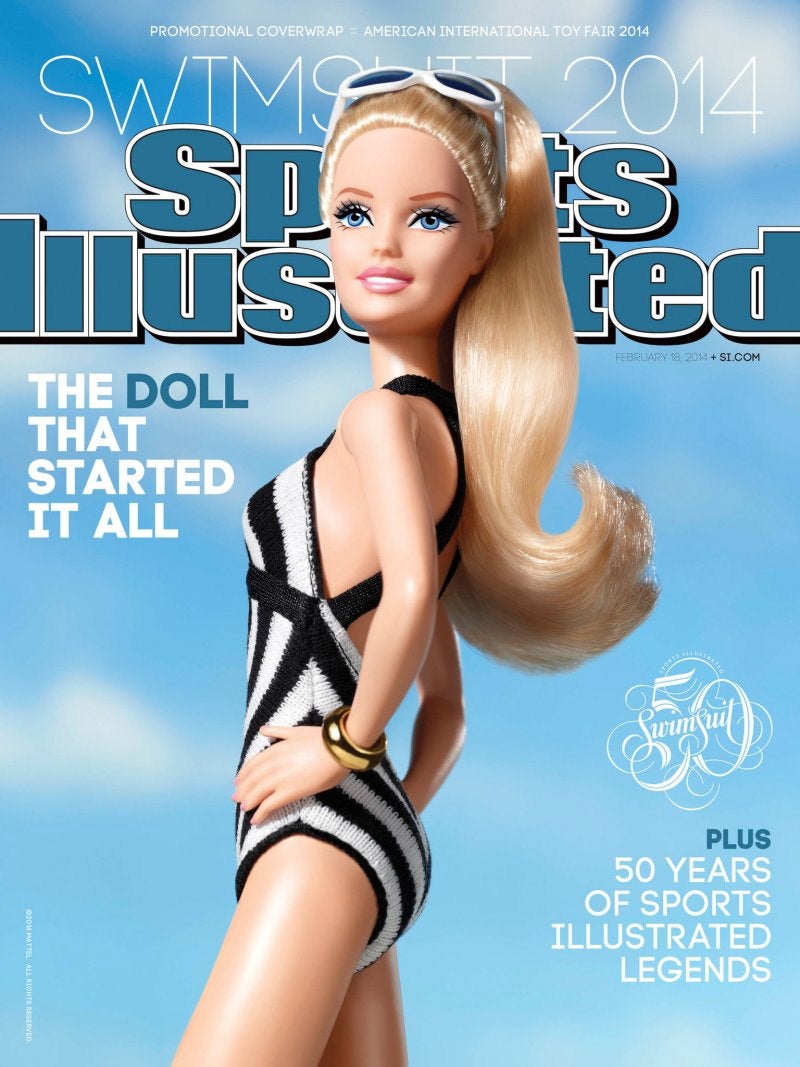 She’s a blue-eyed and long-legged American institution with blonde hair cascading down her back. But the latest cover starlet tapped for Sports Illustrated’s much-coveted swimsuit issue also has a distinctly plastic sheen -- and she’s pushing 55.

In a marketing ploy almost certain to stir some controversy, Mattel has sponsored Barbie’s integration into a new ad campaign that will commemorate the 50th anniversary of the Sports Illustrated swimsuit issue, arriving on newsstands next Tuesday.

Themed “#Unapologetic,” the campaign aims to counter critics of Barbie and Sports Illustrated -- both of whom have taken heat over the years for promoting an unrealistic and unhealthy body image.

Related: The Budweiser Clydesdales Have Some Ad Competition From a Girl Inventor Named Goldie

“Under constant criticism, posing in Sports Illustrated swimsuit gives Barbie and her fellow legends an opportunity to celebrate who they are, what they have done, and being #unapologetic,” Mattel said in a statement.

The campaign could also signify an attempt to drum up some much-needed business. Worldwide Barbie sales plummeted 13 percent in the fourth quarter and were down six percent for the year, the company reported.

All told, the partnership will include four pages of ads in the swimsuit issue as well as a Times Square billboard, video clips, a cover wrap on 1,000 issues, a limited-edition Barbie to be sold on Target.com and more, reports The New York Times.

Related: 5 Ways to Coach Your Employees to The Top of Their Game

Unsurprisingly, reaction to the campaign has thus far run the gamut. “Now when you find your husband gazing adoringly at next week’s Sports Illustrated swimsuit issue, you can be thrilled to know your daughter can also feel just as insecure as you do,” seethed blog Mommyish.

A Time magazine story took a decidedly different stance, however, playing up the doll’s professional achievements -- roughly 150 careers thus far -- and calling Barbie “the most feminist doll around.” Noted the outlet: “Barbie has worked every second of every day since she was invented in 1959, and she’s broken more glass ceilings than Sheryl Sandberg.”

Related: What This Female CEO Learned About Gender Bias After Pitching 200 VCs