How Samsung's Galaxy S5 Stacks Up Against the Competition (Infographic)

Here's a quick look at how it compares to other flagship phones on the market today. Note: The prices listed reflect how much the phones cost with a two-year contract from wireless carriers. 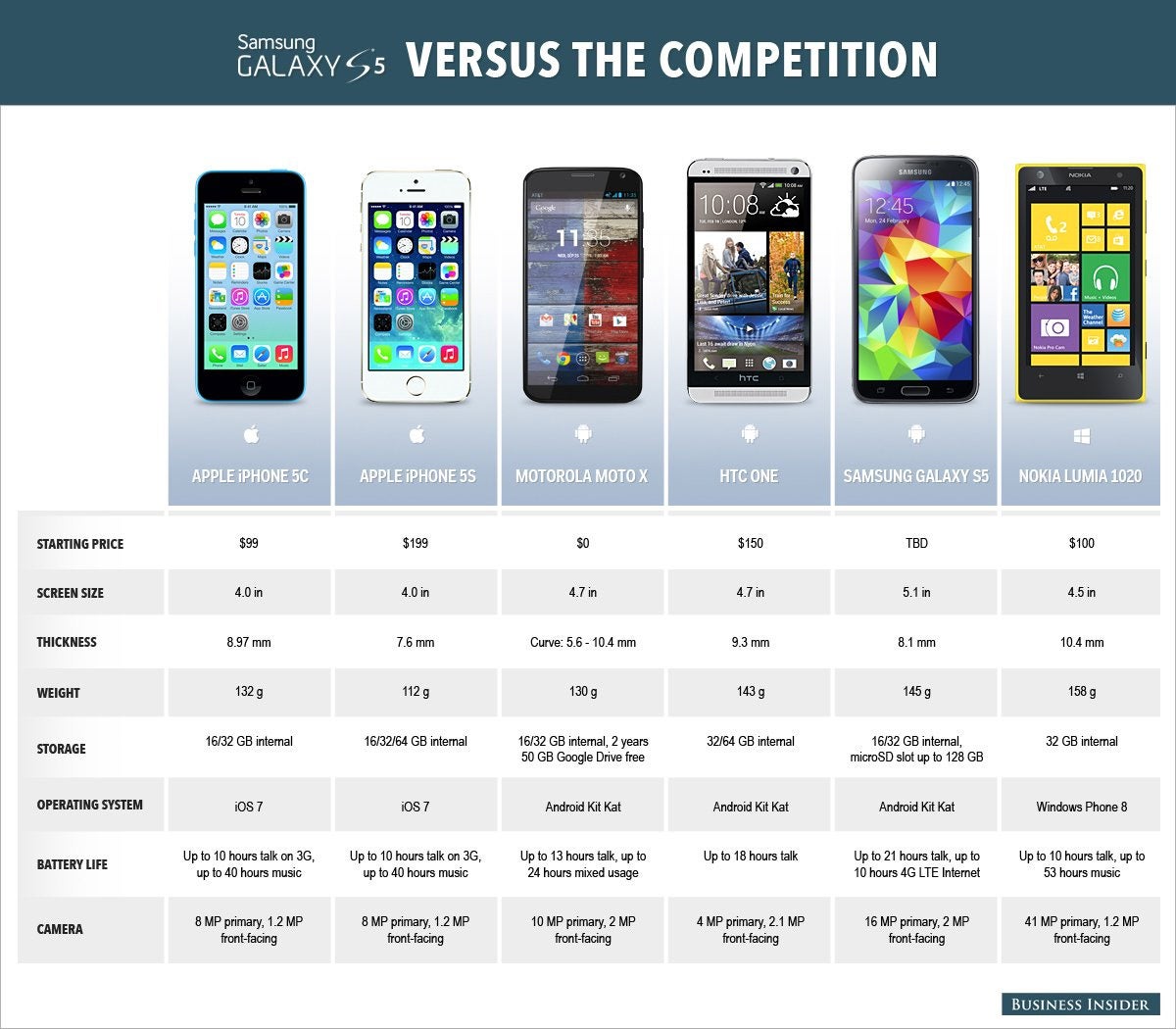 Why Everyone Is So Excited About Samsung's Galaxy S8