Re-Making Manufacturing in the United States

The U.S. manufacturing industry is a shell of what it was a hundred years ago, and while cheap labor costs around the globe have made it nearly impossible for the U.S. to compete in the mass production of widgets, the U.S. is gaining prominence in new, advanced manufacturing processes.

Banks spoke to Entrepreneur.com from the beta space of New Lab, a facility for inventors, designers and entrepreneurs in the Brooklyn Navy Yard in New York City. By fall 2015, the New Lab will have moved into an 84,000-square-foot facility constructed in an old shipbuilding warehouse. Banks makes furniture that moves, either by responding to touch or sound.

While RockPaperRobot’s business thus far has been selling one-off, luxury pieces of furniture designed and built by hand in the studio, Banks is in the process of designing its first mass-market piece, a transformable table (the specifics of which she does not wish to disclose to protect her intellectual property). Banks is designing the item of furniture in Brooklyn, going through all of the testing and prototyping processes in Brooklyn, and then will have the table and requisite parts manufactured primarily overseas. 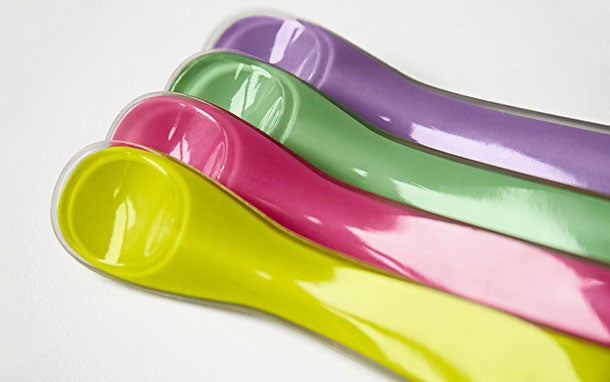 One of the reasons prototyping is becoming a more refined, sophisticated and immediate process is because of the development of 3-D printing technology. It's what allowed Marcel Botha, another resident of the Brooklyn New Lab, to generate four sample models of the Spuni, a spoon ergonomically designed for a baby’s mouth, in eight days.

“We were able to rapidly develop this product because we had 3-D printing technology,” said Botha. “The understanding and the enthusiasm around 3-D printing definitely saw a huge spike over the last decade.”

The process was relatively simple. Determined to create a spoon that would make feeding a baby easier, Botha sketched his initial designs and then recreated them in 3-D on the computer using modeling software. He then took those digital 3-D sketches, sent them to a 3-D printer and had the model spoons printed from medical grade nylon. From there, Botha and his friend tested the spoons and tinkered with the design until they had a final product.

Like Botha, resident entrepreneurs at New Lab specialize in the front end of the manufacturing supply chain -- the idea-generation, prototyping and testing phases. When the company is ready, the beta-tested, market-tested product gets shipped off to larger manufacturers for mass production.

New technologies, in addition to innovative ideas, have allowed for the increased sophistication in and acceleration of that first phase of the manufacturing process. For example, the advancement of 3-D printing technologies has allowed for constructions that were never before possible. David Benjamin, the founder of a design firm called The Living and another New Lab resident entrepreneur, has worked on projects for buildings, public spaces and furniture. “3-D printers don’t care if you have four solid legs or 4,000 lattice pieces, they can manufacture it,” said Benjamin. “And so that has allowed us to think about designing in a new way.” 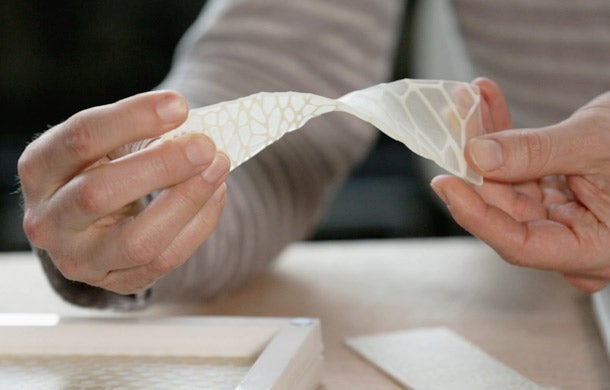 While 3-D printing is shaping manufacturing today, there are even more sophisticated – and pretty far-out – manufacturing technologies already in development for tomorrow. Benjamin’s newest project involves using live organisms to grow material in a process called bacterial manufacturing. The idea is that bacteria can grow both rigid and flexible material, and so with genetic manipulation, it can be used to produce material with varying densities.

Right now, advanced software is used to replicate the cellular structure of material generated by bacteria. In the future, the hope is to be able to manipulate living material to grow into objects. “We could start to engineer a tree to grow into a chair, or we could engineer bacteria to generate the material for a chair or even to generate the whole chair itself,” said Benjamin.

The concept is only just emerging, but in this next generation “glucose economy,” living things will be able to be guided to make material, which could redefine manufacturing yet again. "This method of manufacturing could be much more sustainable than traditional manufacturing,” says Benjamin.