Apple Might Bring Back Something Steve Jobs Hated: The Stylus.

Steve Jobs famously snubbed the lowly stylus. He was a fingers man.

“Who wants a stylus?” Jobs asked sarcastically when he introduced the world’s first iPhone at Macworld 2007. “You have to get ‘em and put ‘em away and you lose ‘em and -- yech!” Nobody wants a stylus. So, let’s not use a stylus.”

Related: Could Apple's Rumored iWatch Be an iPhone Killer?

Instead, the first generation “multi-touch” iPhone and its successors would be controlled by what Jobs called “the best pointing device in the world” -- your fingers.

But maybe not everyone at Apple was so finger-happy.

An official Apple patent for what could be an incredibly cool stylus (we know, cool and stylus don’t typically pair well together) recently caught the eye of AppleInsider’s Mikey Campbell.

Related: PHOTOS: This is Supposedly the iPhone 6

The patent, originally filed back in September 2012 -- notably not quite yesterday -- reimagines the humble stylus as “an input device having an extended nib” equipped with an orientation sensor.

Let’s strip away the techie jargon. Basically, Apple’s stylus vision, predictably nicknamed “iPen” by speculators, would allow users to scrawl thicker or thinner lines on device displays, depending on how they angle it, similar to a calligraphy pen.

The tip, which on most standard styluses today is a chunky, clunky rubber tip, would be a flexible, extendable touch-sensitive nib that could perform like a pen or a paintbrush, depending on the users’ whim.

We can think of some Apple loyal VFX artists, graphic designers and other creative types who would love to see a dream iPen like this hit store shelves.

They shouldn’t get too excited, though. Remember, each year Apple files for hundreds of patents and not many of them ever result in anything. And this certainly isn’t its first time at the stylus patent races. It could mean nothing.

Related: 6 Ways to Extend Your iPhone Battery Life After Updating to iOS 7.1

How awesome would it be, though, if a slick new iPen came packed alongside Apple’s iPhone 6 phablet? They (there could be two versions) might hit store shelves as early as May or as late as the fall. Or who knows because Apple release dates are impossible to nail down. We’d stand in line for either one whenever. 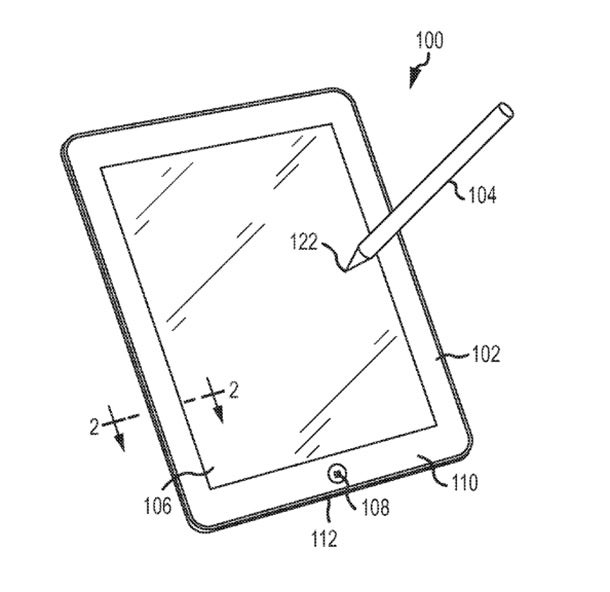