These American entrepreneurs are merging business with compassion and heart to create jobs and provide communities across the globe a chance to earn a living wage. Here are their stories. 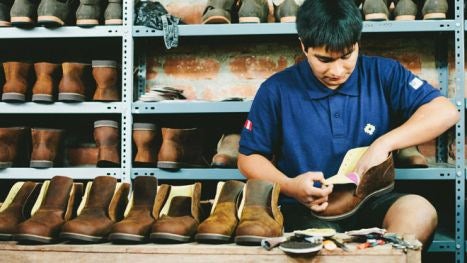 Who: Patrick Woodyard, Founder and CEO of Nisolo

Story: While helping a bodega owner in the cobbler town of Trujillo, Peru with small business accounting, Woodward met her shoemaker husband and was instantly fascinated. With the help of business partner and co-founder Zoe Cleary, they launched the company in 2011 and now sell in 50 stores in the U.S., with a brick-and-mortar location in Nashville, Tenn.Nisolo’s mission is to empower talented artisans in the developing world and create job opportunities.

“I really believe in the ability of the free market to power change,” Woodyard says.

Biggest challenge: Woodyard says there is a sort of stigma in the business world that social enterprises can’t simultaneously turn a profit, which he says is inaccurate. “Because we have a really great product and our social impact is interwoven into our business model, selling our product hasn’t been difficult,” Woodyard says. “The challenge has been recruiting the right talent for your team as you grow.” 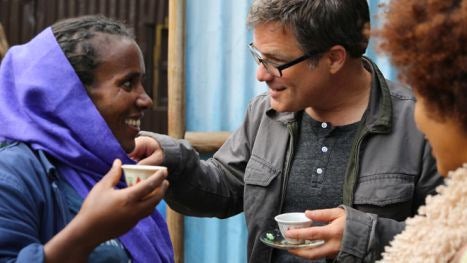 Where: Nashville, Tenn.-based, Ethiopia and Kenya

Who: Barrett Ward, Founder and CEO of fashionABLE

Story: Barrett Ward, founder and CEO of fashionABLE, was living in Ethiopia with his wife when he first saw how extreme poverty forced many young women and girls to turn to prostitution for work.

“It is not just a moral problem, it is an economic one,” Ward says. “For these women ... it was often that they were heroes willing to do whatever it took to provide for their families.”

After speaking to these women, Ward says he learned what they wanted was an opportunity to earn a true living wage, “not just a hand out.” So at the end of 2010, Ward launched fashionABLE as a nonprofit (the venture recently split off to form a for-profit side) to give them that opportunity. The women are trained and employed to knit scarves, which are sold in the U.S. The group has grown from three women to 30 -- and fashionABLE has expanded its operations to work with a leather factory that employs 60 women. 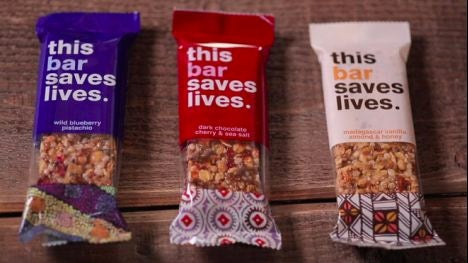 Story: On a humanitarian trip to Liberia a few years ago, co-founders Todd Grinnell and Ryan Devlin saw for the first time the devastating effects of severe acute malnutrition, but were also shown the product that was saving their lives: Plumpy’Nut. After a few years of hard work, Grinnell, Devlin and their other co-founder Ravi Patel launched This Bar Saves Lives in 2013 with the intention of making a delicious, all-natural granola bar that under the one-for-one model helps alleviate hunger. For every granola bar sold, their non-profit partners Edesia Global Nutrition Solutions and Save The Children help produce and deliver a packet of life-saving food to a child in need.

One moment in time: The young company’s first shipment of food aid went out in January of this year to the Philippines following the deadly typhoon that swept through. This Bar Saves Lives was able to send 45,000 packets of Plumpy’Nut, which the company says is enough to save the lives of 300 children.

“None of us had ever made granola bars or run a food company before,” Devlin says. “[But this] is what keeps us motivated to keep landing partners big and small to sell our bars.” 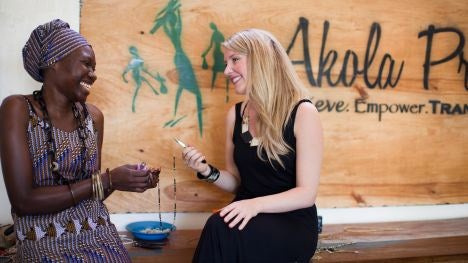 Where: Dallas, Texas-based with outposts in Uganda

Who: Brittany Merrill Underwood, founder and president of Akola Project

Story: After building an orphanage in Uganda during college, Brittany Merrill Underwood realized the best way to continue the mission was by expanding her business and employing the women committed to caring for these children. In 2007 she created the Akola Project -- a jewelry-and-accessories brand that is handcrafted by, and fully benefits marginalized women and their communities. Since launch, Underwood says the Akola Project has built two vocational training centers, drilled 23 water wells, employed more than 200 women (who in turn have started up 63 of their own businesses) and impacted the lives of at least 1,400 children. Currently, Akola Project jewelry is sold in some 250 boutiques in the U.S.

“These women had the vision, but not the income,” Underwood says. “So we launched the Akola Project because by employing [these] women and giving them a reliable income, we could care for thousands of children.”

Next move: In 2014, the Akola Project is expanding to Dallas, Texas, where it plans to provide an economic alternative to sexually trafficked women by employing them to do the finishing work on products made in Uganda. 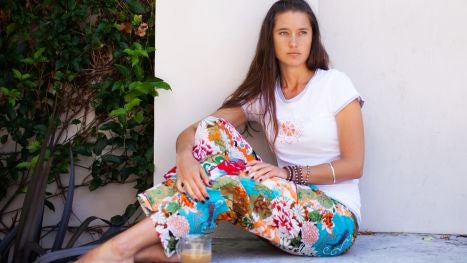 Where: Costa Mesa, Calif.-based with four sewing centers in India

Who: Shannon Keith, founder and CEO of International Princess Project

Story: In 2006, Shannon Keith founded the International Princess Project as a vehicle to help restore the lives of women and girls rescued from forced prostitution in India. Keith says that “embedded in the DNA of the company” is the idea that by employing and training these women in a new trade, in this case sewing, they will be equipped for long-term economic opportunities. The final product is shipped back to the U.S. where it is sold, and proceeds from these sales are then put back toward the sewing centers.

Biggest challenge: What started as a small non-profit with just six women, has grown into a for-profit venture with more than 150 employees. Keith says the biggest challenge has been taking a complex, heavy issue and making it palatable and easy for the consumer to grab onto.

“If [human trafficking] is going to be quelled in our lifetime, which I think it can be, it has to be done through a sound business that will bring sustainability and dignity,” Keith says.