Eddie Kennison was a newly minted wide receiver in the National Football League when he went to a seminar for rookies and was handed a card that read, “When the fat lady sings.”

“That hit me pretty good,” says Kennison, who played for the New Orleans Saints, the Chicago Bears, the Denver Broncos and the Kansas City Chiefs. As much as he loved football, he did not want to end up a statistic.

NFL athletes play for six months a year – seven if they make it into the postseason -- and so while they still have training in the offseason, they do have downtime. In his downtime, Kennison took executive coaching classes at Stanford University and the Kellogg School of Management.

Today, Kennison, 41, is a busy entrepreneur juggling multiple businesses. He and his wife Shamika own a beauty school, the Entourage Institute of Beauty and Esthetics in Lenexa, Mo., and a non-emergency wheelchair service that ferries folks around the region. They also have another venture in the works (something that involves wine and being in the kitchen, though they declined to give specifics) and Shamika has just started an entrepreneurial consulting practice. 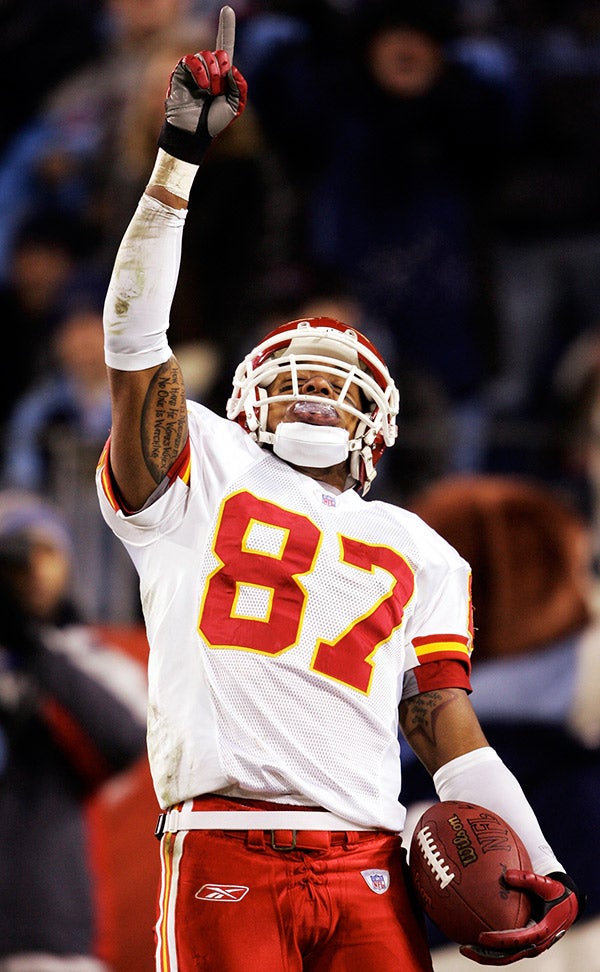 Because of his role as a small-business community leader, Kennison was tapped by the U.S. Small Business Administration to speak at the Kansas City National Small Business Week event this week. National Small Business Week celebrates and honors small business owners across the country with events from San Francisco to Boston. The week culminates with a two-day event in Washington D.C. today and tomorrow honoring the 50 of the leading small business owners across the U.S., one from each state in the country.

In Kennison's mind, success is all about teamwork. He says it's important for his employees to know what their co-workers are doing so that they can pick up slack for each other, just like in football.

"[In football], it's 11 guys on the field at one time. My job is to make sure I hold up my end of the bargain to make the guy next to me look good or be good. And for whatever reason, if he is having a down day, I have to become even stronger to make sure we hold each other accountable and hold each other up so that nothing is lacking, ever," he says.

He also believes in the power of second chances. In 2001, Kennison's wife became gravely ill and, with the stress of it taking a toll on him, he was released from the Denver Broncos. Shortly thereafter, the head coach of the Kansas City Chiefs, Dick Vermeil, called Kennison up and offered him a job playing football again. That moment -- being given a helping hand when he really needed it, a chance to get back in the game -- was one of the most meaningful lessons of his career.

Later, Kennison and his wife would learn that she has lupus, a chronic autoimmune disease, and over the past decade, the Eddie Kennison Foundation has raised more than $90 million toward finding a cure.

All of Kennison’s business ventures aim to serve his community in some way -- and that’s the point. “My personal motto is 'When was the last time you did something great for someone else so that person has the opportunity to be successful?' No matter how hard you get hit, you have to hold onto the ball because there are other people relying on what you are and who you are."