Hewlett-Packard CEO: Job Cuts Will Be 'Good for Our Customers'

By cnbc.com staff May 23, 2014
This story originally appeared on CNBC

Hewlett-Packard's plans to cut up to 16,000 workers is a way of reducing inefficiencies that stem from years-old mergers and acquisitions, making the software giant "more efficient and effective," CEO Meg Whitman told CNBC on Friday.

"This was a company that was a product of many acquisitions. Go all the way back: Compaq, EDS. Nearly 17 software acquisitions," Whitman said on "Squawk on the Street." "And these acquisitions never got integrated quite the way they should have, and there still is pockets, big pockets of inefficiencies." 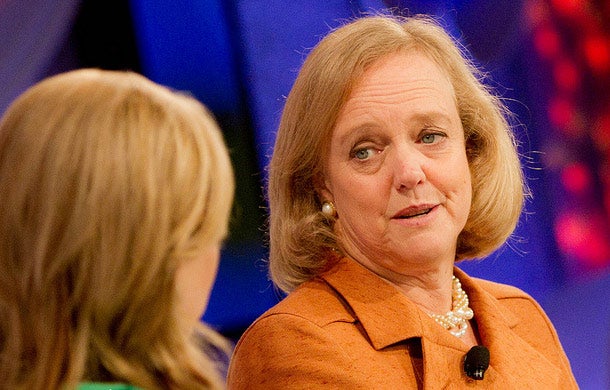 Whitman added that addressing those inefficiencies by way of job cuts will help the company "serve our customers better."

"Our customers still tell us we're a little bit difficult to do business with. We don't make decisions as quickly as we should. We need to have speed and agility. We need to be nimble in what is an enormously rapidly changing marketplace," Whitman said. "So while no one likes to reduce the workforce, this will be good for our customers and it will be good for Hewlett-Packard. It will make us a stronger company."

On Thursday afternoon, Hewlett-Packard reported fiscal second-quarter earnings that met estimates, though revenue was just slightly below expectations. The company also said it would cut an additional 11,000 to 16,000 jobs.

The extra cuts bring the total for its restructuring program to as many as 50,000.

The Palo Alto, California-based computer pioneer also wrapped up some thorny legal disputes over the last few months. It shelled out more than a $100 million to settle claims it had bribed officials in foreign countriesto win lucrative contracts, and another $57 million to settle a lawsuit claiming the company had defrauded shareholders.