How This Wildly Popular Web Series Made It Big

We've all had them – those crazy anxiety dreams where you have to give a huge presentation and you find yourself without words or pants.

No one is a stranger to adopting a fake-it-'til-you-make-it mentality to get through the tough act of pitching yourself in pursuit of your dreams. Particularly not actors and entrepreneurs. Or in the case of Kate Wetherhead and Andrew Keenan-Bolger, actor-entrepreneurs.

Wetherhead (Legally Blonde, The 25th Annual Putnam County Spelling Bee) and Keenan-Bolger (Newsies, Mary Poppins) are the creators of Submissions Only, a beloved comedy web series about to wrap its third season. The show follows the triumphs and trials of working actress Penny Reilly (Wetherhead) and her best friend Tim Trull (Colin Hanlon - Rent, Modern Family), a casting director trying to get his own shop off the ground.  The series has also featured big-name guest stars such as Joel Grey, Audra McDonald and Kristin Chenoweth.

Taking audiences behind the scenes of the bright lights of Broadway and into the audition room, Submissions Only is a Kickstarter success story, and has a dedicated partner in BroadwayWorld.com, which has hosted the show since 2011. 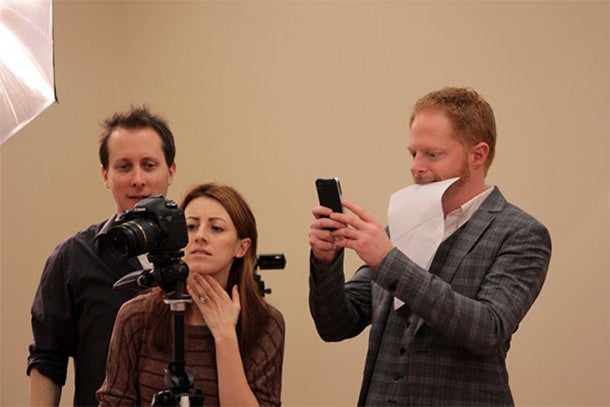 Related: What a Theater Chain Can Teach You About Audience

The story of how the series got its start is as interesting as some of the show's story lines. Wetherhead and Keenan-Bolger met while performing in a production of It’s a Bird, It's a Plane, It's Superman in Dallas. Wetherhead says the idea for the show initially came from an offhand remark from her husband Jeff Croiter (a lighting designer also working on the musical), that she and Keenan-Bolger should make a web series together.

Well aware of the precarious nature of show business, Wetherhead was looking for another creative outlet -- the chance to make something in her own voice struck a chord. "I was confident that I would continue to work, but I wasn't confident that the work would be consistent or the kind of work that I wanted to do, or as lucrative as I needed it to be."

She brought the idea to Keenan-Bolger, who had a significant web presence of his own, and had been considering a similar project. Within about 15 minutes they had come up with the basic premise, a topic they were both inherently interested in: the friendship between a gay man and a straight woman.

Wetherhead says that the decision to set the series in the theater world was twofold -- it was an environment they could portray honestly, with years of hard won and hilarious audition experience to draw upon between them, but it was also ideal in that they were working with limited funds and space. "When we started our first season, I think our entire budget for the whole season was $2,000. The camera was probably like a few hundred handi-cam camcorder and a microphone for like a hundred bucks on the end of a painter's pole," said Keenan-Bolger, who also acts in the series.

The pilot premiered on YouTube in 2010 and two Kickstarter campaigns later ($22,042 raised for Season 2 and $60,400 raised for Season 3) the third season premiered in March on BroadwayWorld.com. More than 35,000 viewers watched the first day it was live, in countries all over the world, from Italy to Denmark to Singapore.

Though there had been some consideration of a broader distribution, Wetherhead says selling all three seasons together with their different production qualities proved to be somewhat challenging.  But of BroadwayWorld, both agree that having the site as a home has helped broaden their target audience.

The duo attributes the show's success to its universality. Wetherhead says some of the most gratifying feedback has come from fans who weren't directly involved in the theater community. “What surprised me in the best way is when I would hear from peers or acquaintances who said 'you know, my brother, he's a detective. He started watching it and he got all of his friends watching it. My mom is hooked.'”

"I think what's universal is the idea of auditioning.  It's something that you do in every kind of job market.  You audition every time you go on a date, you audition at a job interview, and it's always about trying to put the best version of yourself forward and seeing what sticks and what doesn’t," said Keenan-Bolger. 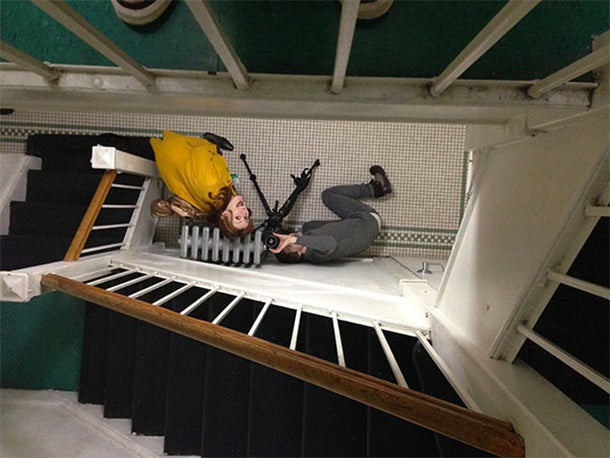 Wetherhead and Keenan-Bolger set up a scene during the production of Season 3.
Image credit: Submissions Only

Keenan-Bolger also noted that their episode format -- sitcom-length ranging from 20-30 minutes apiece -- was also unexpectedly prescient, given the apparently feverish search of digital platforms, from Amazon to Yahoo, for an acclaimed House of Cards of their own. Many cautioned against making long-form content, but the duo says the format allowed them to fully develop their characters and create an engaging story.

"I think that there has been a cut-the-cord mentality…and it's been teaching an audience to sort of absorb content in a new way. I think we're lucky that we somehow had the foresight to sort of ignore what everyone had told us and do what we were interested in and what felt special to us."

Wetherhead says the Kickstarter campaigns -- in addition to allowing them to compensate their friends and guest stars -- gave them the opportunity to stretch themselves. "The more resources you have, the harder you push yourself…[we've been] trying to be more ambitious with locations, the kind of scenes we're doing, more complicated scoring." She says that the opportunity to create original music (with music direction help from her brother-in-law Michael Croiter) for the series has been one of her favorite parts of the experience, and the cast recently gave a concert at New York’s 54 Below.

Given how the show has grown over the last several years, perhaps it is not surprising that a through line of the series is one of perseverance. The story opens with Penny returning to New York after a failed stint in Los Angeles and Tim not sure if he is up to the task of running his own agency.  In 22 episodes, the characters have come a long way. "The thing that you need to have the most in order to survive this business is tenacity. More than talent, more than luck, more than a winning personality, you just have to be willing to fight, and to wait. And you have to remain convinced that there's nothing you'd rather be doing," said Wetherhead.

The duo's advice for aspiring entrepreneurs is to not be frightened of what Keenan-Bolger describes as "a really impressive learning curve."

"If I had known half of what I know now, I would have gotten scared.  I think it would have been too overwhelming to even conceive of… Situations have required us to make decisions on the fly, learn how to manage people and learn how to hire people. If [the idea] is something you believe in, and it really makes sense to you and speaks to you, don't hesitate," said Wetherhead.

As the third season draws to a close on June 9, Wetherhead and Keenan-Bolger have another project in the works, in addition to their day jobs on the New York stage: they’re writing a theater-themed children's book series for Penguin Group. Keenan-Bolger says the editors at Penguin were fans of the show, and they reached to out to them with the idea – which was a welcomed change. "It's the one thing in our careers that we didn't have to audition for."

We Went From 0-100K Subscribers on YouTube in Less Than a Year. Here's What You're Doing Wrong.

'The Biohackers Guide to Getting Things Done In Times of Uncertainty' Episode 4: What You Need to Know About Nootropics Before Taking Them

'The Biohackers Guide to Getting Things Done In Times of Uncertainty' Episode 3: 'Are Sleep Trackers Really That Accurate?'

'The Biohackers Guide to Getting Things Done In Times of Uncertainty' Episode 2: '3 Ways to Increase Your Energy, Alleviate Brain Fog and Get Focused'