7 Ways Stock Trading Will Be Completely Different in the Future


What will trading look like 25 years from now? A lot different than it does today. In fact, technology is changing so fast that trading will look very different even 10 years from now.

It's not that hard to imagine. In fact, you can think of it this way: What the extremely rich have today is what the middle class will have in 25 years, and that will include a full-time personal investment advisor. It's just that the advisor might be an artificial intelligence platform dispensing investment advice to a digital avatar of the individual investor. 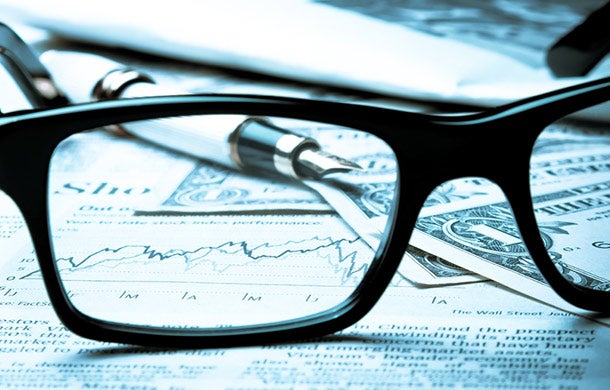 Does all this sound crazy and impossibly techno-utopian? It isn't. Just look at where the technology is heading now, and extrapolate out.

Here are seven more specific, mind-altering thoughts on where trading is headed (faster than you think). ...

The amount of information—all information, but particularly financial information—will explode. This will make investing vastly more complicated. Don't worry: You'll have a digital avatar that will be able to hunt down opportunities according to your own specifications.

Like in the movie Her, you'll have an assistant, and you'll be able to say, "Hey, Charlotte, I'm really worried about Thailand. Can you adjust my portfolio to lower my exposure?"

Answer: "Sure, I have just sold four companies that have high beta relative to Thailand."

Your avatar will work only on your instructions, but it will likely be empowered to run on its own after it understands what you want. It's like a much-advanced Pandora. ... It will ask you what kind of songs you like after you pick a few, but at some point it will take over and just run a series of its own songs.

Read More: 2 big myths about the value of financial advisors

Of course, there are legal issues. If your digital avatar has some degree of legal creaturehood, they will want to be recognized (maybe a 2-and-20 hedge-fund performance fee for an AI stock whiz?). And their source code will need to be regulated.

But that is even farther off. Bottom line: You will have lots of help to make investment decisions.

2. Get ready to buy a Boeing-Ford high-risk stock hybrid

Think of dozens of different derivatives ... of the same company.

Suppose Boeing has an exciting airline project that is riskier than most airline projects. One way to do this is to create different classes of shares that cover different risk profiles. There will be Boeing A Shares, Boeing B Shares and a Boeing R Share for higher-risk projects. Those will likely trade on public markets, at least initially.

This creates even greater opportunites. Why not merge stocks across different risk classes? Why not merge Boeing R shares with Ford R shares and have a new S&P 500 that would consist of nothing but higher-risk shares of a group of companies?

That's just the beginning. There will be 100 S&P 500s broken down by different classes. You'll be able to invest in a class of shares of ExxonMobil that has exposure only to a carbon-neutral footprint. That will be a lot less profitable than investing in the part of Exxon that does, say, oil exploration and production, but it will be there.

So if you want exposure to that hypersonic aircraft from Boeing or that advanced electric car from Ford, you can do that.

Or you can ask for a portfolio that has a carbon-neutral footprint. Or you can ask that your profile be adjusted because you believe Brazil is going to explode and you want to account for that.

Where will it end? Every S&P company will have, say, 3,000 beta values. A Brazil beta value. A Thai beta value. Try doing that today!

Crowdsourcing and microinvesting will be common, particularly for small-cap stocks. You will have companies with Kickstarter-style offerings.

Already, the SEC is looking very carefully at crowdsourcing as a way to raise funds for smaller companies. There are legitimate concerns about things going wrong with crowdsourcing for new companies: Fraud and suitability of investments are the two most obvious.

But those are not insurmountable obstacles. Private companies will be able to raise money through crowdsourcing.

You (or your digital avatar) will spend a considerable amount of your time perusing the Internet looking for early stage start-ups. What you will see is young upstarts doing their "S-1s" partly by video. You have a video that runs on YouTube, and to give legitimacy, it may be co-sponsored by, say, NASDAQ, which has already done some of the financial vetting. The identities of the principals are verified by NASDAQ. The numbers are verified by NASDAQ. The video will explain who they are, what their idea is, how much they are seeking to raise. Further information will be available in a written prospectus.

This is a huge threat to angel investors and early stage investors. But they will not be wiped out. You'll be investing alongside them.

You already have it now with futures, but that distinction will likely be blurred, as will the distinction between public and private investments. Your avatar will say, "There's a kid in Malaysia who is trying to source capital for a project. ... They are willing to give 5 percent of the company for $10,000."

These unstructured investments will have zero global latency. That's a huge change. Right now trading has zero latency—it happens in fractions of a second. But capital has very low latency: It takes a long time to raise money, because those who need capital have to go through intermediaries to get to those who have capital.

Read More: Will there be a trillionaire in the 21st century?

Twenty-five years from now we will have zero-latency capital. All the friction layers that stand between investors and capital will disappear. That will create a new level of technology and innovation.

One thinker at the recent CNBC-Singularity University Exponential Finance conference told me to think of approaching investing in the future like someone might approach online dating today. What is the perfect match for my humor, my music, my sports? There's a whole online dating system set up for this. But for investing, it's a lot cruder. It will be less so in the future.

5. Finally, a stock picker to beat the index: You

What happens when everyone knows everything? The cost of doing traditional stock analysis—the bread and butter of Wall Street's sell-side today—will come down dramatically.

Right now the cost of doing individual stock analysis is much higher than doing, say, analysis of the S&P 500. That's why indexing is so big these days. Why pay an army of analysts to do investing when it's so much cheaper to invest in an index?

That will change as you and your avatar will have access to massive data sets and massive computing power for a fraction of the cost today.

Wait ... if you become Goldman Sachs, what happens to Goldman and JPMorgan and Morgan Stanley?

But we will likely see more demand for market research analysts who will help companies interpret key information on economic trends and demographics. And plenty of people will still be employed to hold the hands of companies that are not sure what to do; management consultants and others will still be employed to help companies operate more efficiently. And software engineers and computer systems analysts will be essential to manage the networks.

Finally, all this massive data crunching and enormous number of new shares and new ways of trading and artificial intelligences trading on your behalf mean one thing. ...

7. The next Great Depression will take place in ... a millisecond

For information that does become digitized, the time advantage will shrink to milliseconds ... just as it has for stock trading today. This means investors will become accustomed to significant price moves in very short periods. We could have a whole cycle of bust, recovery, boom and bust ... all in a matter of minutes. Seconds, even.

4 Ways to Smartly Invest in Cryptocurrencies