Don’t tell Paul Rice his idea is ridiculous. That idea you just scoffed at might just become a global phenomenon.

Rice is the president and CEO of Fair Trade USA, a non-profit organization that sets standards for sustainability and worker safety and then certifies those products that have been produced in settings that meet its criteria. Products that have been audited are stamped with the Fair Trade emblem, allowing consumers to make more educated purchasing decisions.

Despite the wall of resistance, Rice opened the first official U.S. headquarters for the Fair Trade movement in Oakland, Calif., in 1998 after working in northern Nicaragua organizing cooperatives and training farmers for 11 years. What started as a grassroots coffee business has grown to include partnerships with 800 companies that produce more than $1.5 billion worth of Fair Trade certified products annually. More than 200,000 retail locations in the U.S. carry Fair Trade certified products today. Partnering organizations range from small, independent shops like Brazuka Coffee to international behemoths like Dunkin Donuts.

Early rejection didn’t slow Rice down. Quite the opposite. “That is the DNA of the entrepreneur," he said. Tell an entrepreneur that something is impossible and [he or she] is going to prove you wrong.”

Rice was further motivated by the compulsion to make a difference for the farmers he had met and worked with in South America prior to starting Fair Trade USA. “I had the weight of 10,000 farmers on my shoulders in my mind. I had to make it work. Failure wasn’t an option for me.”

But Rice and his team are aggressively expanding the line of products to include chocolate, fresh fruits, vegetables and limited articles of clothing. Currently, there are over 12,000 certified Fair Trade products. And Fair Trade is exploring the process of certifying even more product varieties, including seafood and furniture. 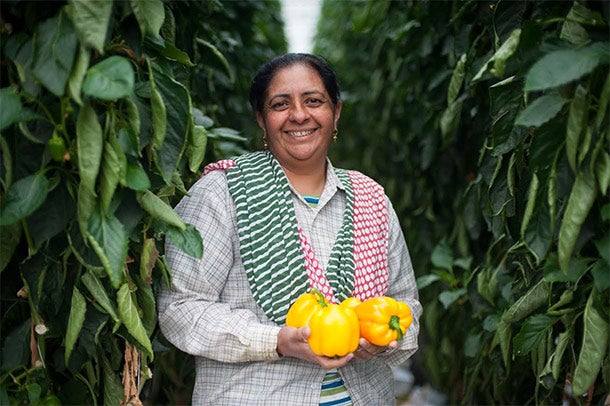 A common misconception is that a product marketed as “Fair Trade” is the same thing as a product marketed as “organic.” While approximately half of Fair Trade certified products are also organic, one does not beget the other. Rather, while organic products are allegedly grown without chemicals and pesticides, Fair Trade products have been made in my workers who are guaranteed labor protections. A portion of the price of Fair Trade certified products goes to toward community development in the regions where workers come from. Environmental sustainability is a component of the Fair Trade certification process in that chemicals that are harmful to worker health must be removed from the growing process.

At a meeting at the Clinton Foundation last year, President Clinton spoke about how the Fair Trade model is “infinitely expandable,” Rice recounts proudly. After facing such ubiquitous doubt so early on in his career, to hear the former president promoting his business model to the titans of capitalism was a true victory.

"Whole Foods was in the room, CocaCola was in the room. And I think for them to hear that validation that Fair Trade should evolve to something beyond what it was originally constructed -- to be something much broader and more inclusive -- was really powerful,” Rice said.

In addition to expanding its product scope, Fair Trade USA is in the process of flipping and expanding the geographic constraints of its model. Thus far, the organization has focused on certifying items produced in Latin America, Africa and Asia for consumers in the U.S. and the U.K. But retail suppliers and worker rights advocates have been lobbying Fair Trade to bring its certification program to North American agriculture markets. Earlier this year, Fair Trade USA certified its first ever North American farm: a bell pepper farm in British Columbia, Canada. And Rice says he's looking to certify some farms in California later this year.

Thus far, expansion into new markets has only been run as a pilot program. But Rice is eager. “It could be huge because American agriculture has a lot of problems,” he said. Many of the workers sustaining the U.S. agricultural movement are what’s referred to as “bonded labor,” says Rice. Immigrants are shepherded across the U.S. border and held in virtual captivity while they work off the debt they owe for being brought across the border.

In addition to certifying farms in North America, the Fair Trade USA team is looking at offering Fair Trade certified products in India, Brazil and South Africa, where the emerging middle class is “very hip to sustainability,” says Rice.

When Rice is looking to expand the Fair Trade model, he takes cues from suppliers first. The largest corporations that Fair Trade works with -- like Starbucks, PepsiCo, and CocaCola -- often have a very sophisticated awareness of their supply chain. The sourcing teams and buyers for these multinational juggernauts are often acutely aware of where goods are being acquired unsustainably or where worker conditions are the worst.

“There is a world of hurt out there. We can’t do it all. So we are going to take our lead from our key partners, because that’s where we can have impact,” he said.