By Arjun Kharpal August 11, 2014
This story originally appeared on CNBC

Microsoft has released a 19 euro ($25) ultra-low-cost phone in an aggressive push to capture more sales in the fast-growing emerging markets.

The Nokia 130 – released by Microsoft which bought the Finnish company's devices and services division earlier this year – is aimed at first-time mobile users and contains features such as a music and video player and flashlight.

Microsoft expects to begin shipping the so-called "feature phone" device in the third quarter of this year and will only be available in select markets such as India, China, and Nigeria. 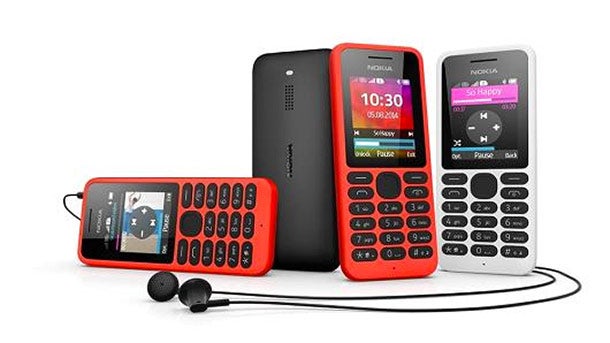 "It is estimated that at least 1 billion people in the world still do not have a mobile phone, while at the same time there is increasing demand for reliable backup phones in both mature and high-growth markets," Jo Harlow, corporate vice president for phones at Microsoft, said in a press release.

The Nokia 130 has a 1.8 inch screen, USB charging with the ability to use one or two SIM cards – a function that has proved popular.

Read More :Microsoft and Nokia are both dumb about smartphones

The battery can last up to 36 days on standby and has Bluetooth capabilities, but no internet function.

Low-end smartphone shipments are expected to hit 1.1 billion in 2018, growing at an annual rate of 19.1 percent, according to IHS, and Microsoft's latest "feature phone" offering is likely to be successful in the absence of cheap smartphone competition, analysts said.

"What it is really doing is bringing music playback and video to a price point it has never been before to ensure it stays ahead and to make sure there is no feature gap between this phone and its other low cost offerings," Daniel Gleeson, mobile analyst at IHS, said in a phone interview.

"At the moment you do have some smartphones that are under $30, but they are very slow, the touch screen isn't very responsive, and the ability for those phones to run most apps is very limited."

This is not the first time Microsoft has released a low-end device using the Nokia brand. In June, the Redmond, WA, based technology giant, unveiled the 99 euro Nokia X2 smartphone.

The once-dominant Nokia has seen its market share eroded over the past few years. Last year, its market share fell 25.2 percent in terms of regular phone shipments compared with the year before.

But an early foot in the door using the Nokia brand could help revive its market share and push users to higher-end Microsoft smartphones when they look to upgrade, according to analysts.

"Nokia is a trusted brand in emerging markets," Sam Gee, senior technology and media analyst at Mintel, told CNBC in a phone interview.

"Microsoft is hoping for an install base of a million people reliant on the Nokia brand, just like Nokia was 20 years ago. Those consumers will look to upgrade in a few years' time and then look towards a smartphone which may be a Microsoft device."