Online retailer Everlane has a straightforward mission: to provide low-cost, luxury-quality, anti-brand clothing and accessories for men and women, all without middleman markups.

It wasn't so simple when the site launched three years ago. "I had no idea what I was doing," admits founder and CEO Michael Preysman, 29, who had left a job in private equity in New York.

At the time, companies from Groupon to Google were feeding the frenzy for daily deals. Gilt's flash sales revolutionized online outlet shopping. And while Amazon had been taking down traditional retailers, there wasn't a company disrupting luxury clothing brands. Preysman, who is now based in San Francisco, wondered how to bring upscale shopping--the streets of SoHo--online. He started Everlane with the basic premise that consumers have the right to know the story behind every product.

Everlane designs all items-- cotton T-shirts, wool scarves and leather bags favored by a celebrity clientele--itself. The website features slick flow charts and compelling stories about the manufacturing processes, as well as thorough documentation, in text and photography, of the factories involved, which are located in the U.S., Europe and China. Such transparency is relevant because Everlane uses many of the same facilities as recognizable luxury brands. 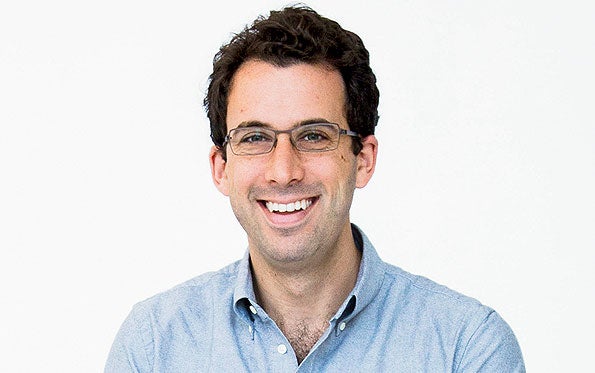 "We try to focus on country expertise," Preysman explains. For example, Everlane contracts T-shirt manufacturers in the U.S., while leather is sourced from Europe, and woven goods, including cashmere, from Asia. After a Bangladesh factory collapse last year killed 1,133 garment workers, Everlane matched $10,000 worth of donations to the Rana Plaza Donors Trust Fund, which disperses money to the victims' families.

Recognizing that retail markup can be a staggering eight times production cost, Everlane keeps prices low in several ways. Aside from the occasional pop-up, there are no brick-and-mortar stores. The company shuns retail partnerships, another way to reduce markup. Additionally, Everlane relies on word-of-mouth over traditional advertising or marketing (ad spending is less than 5 percent of total company spending) to reach its avid fan base. And nothing ever goes on sale.

"Most brands keep prices artificially high," Preysman says, a strategy that allows retailers to offset sale prices with a standard markup. "[Our products] never go on sale because we manage inventory really tightly. When someone comes in, they get the true value any time."

Revenue for 2013 was $12 million, according to Preysman, who expects that number to triple this year. The company's tightknit team of 40 is spread across three offices in New York, San Francisco and Los Angeles.

Preysman believes Everlane is a test case for building a profitable company on core values of transparency, community and education.

"Modern consumers? All they want is information," he says. "We really believe that education and information is the way to build our brand--all the way down to labor on a specific product."