This Sector Will Drive the 3-D Printing Boom

By Jenny Cosgrave August 28, 2014
This story originally appeared on CNBC

Printed jawbones and dental implants are set to lead the growth in commercial 3-D printing, with the sector expected to expand over 500 percent in the next 10 years, according to a new report.

The dental sector is on the verge of a "mass uptake" of the technology and represents a "clear growth area" for 3-D printing, according to tech research firm IDTechEx. 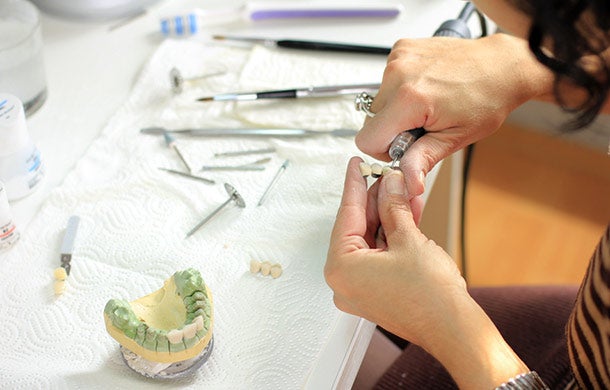 As a result, many printer manufacturers are designing machines and developing materials specifically aimed at the dental market, the group's report said.

"Applications are emerging in the medical and dental fields, where the opportunity afforded by cheap customisation is allowing surgeons to replicate a patient's body based on MRI and CT scans in order to practice difficult invasive procedures, and medical and dental implants which are fully customised to a particular individual can be generated," IDTechEx said.

With some 90,000 dental surgeries in the U.S. alone, the group estimates that dental-specific printer sales in the country could hit $180 million per year, as each printer costs around $20,000 and has an average lifespan of around 10 years.

Read More: How 3-D printing will radically change the world

Manufacturer Stratasys is named by IDTechEx as one of the leading companies in the space. Shares in the Nasdaq-listed group jumped as much as 19 percent earlier this month after it reported a 67 percent increase in second-quarter revenue, beating analysts' expectations.

In total, the 3-D printing market will be worth $4 billion by 2025, according to the report, as jewellery, aerospace and auto industries begin to implement the technology more.