Bike Messengers: The Real Winners in the Same-Day Delivery Boom?

By Uptin Saiidi August 30, 2014
This story originally appeared on CNBC

It's becoming faster and easier to get anything you want, when you want it.

A lot of the thanks go to people like Sean Lyons, a 23-year-old bike messenger in New York City who rides between 20 and 25 miles a day. Lyons splits his time between jobs for three different on-demand delivery services.

Lyons works for Uber Rush, Petal by Pedal—a flower delivery service—and WunWun, a startup that promises free delivery of anything within Manhattan in under an hour.

As an aspiring professional photographer, Lyons resorted to bike messaging to save money. When he started, he expected to make about $20,000 annually, but between three companies he now expects to bring in $50,000. 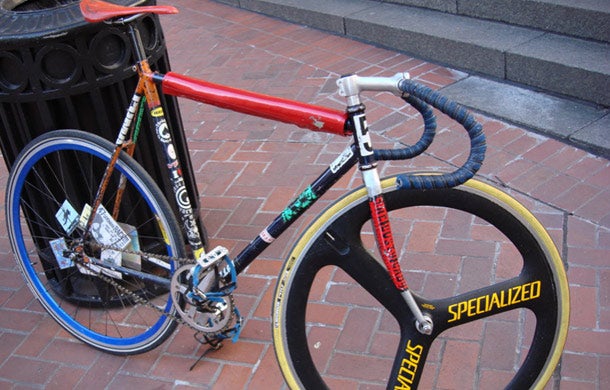 Lee Hnetinka founded WunWun last year and hopes to expand to other cities.

WunWun reports that Trader Joe's is among the most popular place that users order from. Typically, orders peak on Sunday nights and during thunderstorms.

Read More: Why the 'Made in China' model is weakening

With the likes of Google and Amazon making deliveries, and recently Uber announcing a test for consumer delivery services in Washington, it remains to be seen which players will emerge as leaders in the on-demand delivery sector.

Sucharita Mulpuru, principal analyst at Forrester Research, said that while there is massive venture funding pouring into the space, the biggest challenge is figuring out the economics of how to make logistics practical.

According to her research, it can cost between $10 and $20 to deliver a package, yet on average people don't want to pay more than $3 to $5.

"People typically want free over fast. If you can do both, great, but I don't see how we're going to get to economies of scale anytime soon," she said.

Mulpuru said that whichever company is willing to lose the most money will ultimately have the potential to win. Between the complexities of inventory management and high delivery costs, Malpuru predicted it could take a decade or more for any player to become profitable.