Cheaper Business Flights and Other Travel Trends for 2015

By Elaine Glusac December 10, 2014
This story appears in the December 2014 issue of Entrepreneur. Subscribe »

The new year is set to bring some changes travelers will love. Here are just a few.

More than half of all travel reservations are made online, and 39 percent of online travel revenue comes from hotel reservations, according to Statistic Brain. But that doesn’t necessarily make booking any room a breeze. Until now, shared-economy options like a flat through Airbnb required a separate search.

The rise of metasearch engines, which aggregate results from multiple sites, provides a glimpse into a cleaner digital future. Similar to Kayak—which offers metasearch for airlines, displaying comparison data from many carriers on a given route—Trivago draws from 207 websites to compare hotel options. But AllTheRooms, launched in beta last year, aims to surpass the others by offering not only all hotel options in a destination, but also house rentals, apartment shares, B&Bs and even boat berths. The site already lists more than 3 million accommodations.

“Our goal is to show the customer there is a lot more inventory that these other aggregators aren’t showing you,” says Joseph DiTomaso, AllTheRooms co-founder and CEO.

They may only nip at the margins of commercial airlines, but a new wave of private jet services is offering business travelers competitive pricing and more convenience—specifically, the advantage of flying through business jet terminals, which are free of standard security lines.

Launched in August, BizCharters flies 30-seat Embraer jets between two Chicago-area airports and Morristown, N.J. (about an hour from Manhattan) and Washington, D.C., with fares from $495 to $695 each way.

Another option, JetSmarter, bills itself as the Uber of private jets, using a smartphone app to offer instant booking of private charters. It also sells one-way trips on so-called empty legs—the return trips of charter flights.

Hotels are catering to millennials.

Hotels are adapting to the mobile, 24/7, networking generation known as millennials faster than a room-service BLT on a midweek night.

Millennials account for more than 20 percent of consumer spending, according to Jeff Fromm, co-author of Marketing to Millennials; however, he notes, “their influence is much greater than their numbers.” He cites the group’s disproportionate influence on technology, social media, fashion and other sectors.

How does this benefit travelers? More affordable hotels are getting style upgrades. Millennials crave stylish settings but often lack the deep pockets of Baby Boomers, accounting for the surge of value-chic brands. 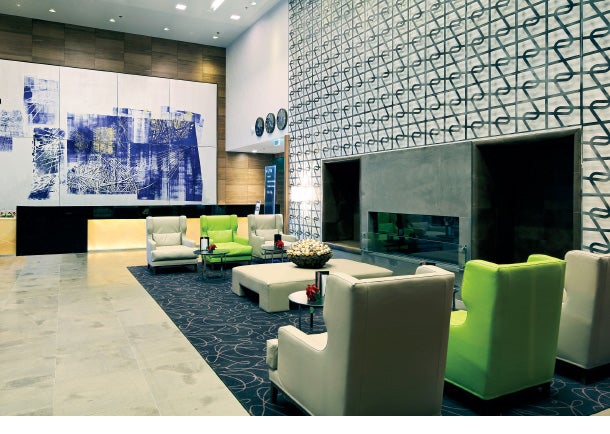 Business-class airfares are shrinking (no joke!).

With the fuss over reclining seatbacks, carryon policing and à la carte pricing for in-flight amenities, airlines seem to offer little to cheer about. But when it comes to what really counts—fares—prospects are sunny, at least in the front of the plane.

This year JetBlue launched JetBlue Mint, a premium cabin on flights between New York and Los Angeles and San Francisco, which undercut the competition considerably, with one-way fares starting at $599. Legacy carriers followed the budget airline’s lead. Now flights that once sold for upward of $2,500 one-way can be had for around $1,200 round trip. And experts expect these upper-class rates to plateau.

“The flights were too expensive, and airlines were just giving them away to frequent fliers,” says George Hobica, founder of Airfarewatchdog.com. “They’d rather fill them than give them away, which is good news for business fliers heading cross-country.”

JetBlue Mint’s flights are not only cheaper, they set another trend: lie-flat seats. United Airlines already had them on some cross-country routes, American installed them this past summer, and Delta will follow suit in the coming year.

Few fees enrage travelers like those for basic Wi-Fi service. This has inspired a two-tier pricing compromise. In addition to its complimentary 3 MB Wi-Fi, Omni Hotels & Resorts last year began offering 6 MB for a fee. Look for similar arrangements at Courtyard by Marriott, Hilton Garden Inn and Four Seasons properties.

Hotels address the need for speed.

Keyless check-in has already removed the front desk clerk from many hotel transactions. How about a ’bot butler? Aloft Hotels recently launched A.L.O., a robot that performs functions such as delivering toothpaste and towels to guestrooms.