Dubai's first Clinton Street Baking Company (CSBC) franchise outlet has officially opened at Burj View. Only the third city to have the original New York City concept, Hisham Samawi says that they wanted the outlet to "have a neighborhood feel," hence their choice to opt for opening outside of a mall space. Launched in 2001 by husband and wife team Neil Kleinberg and DeDe Lahman, Samawi warmed to the brand as a member of their frequent clientele. "I used to live in New York and lived right around the corner from the original CSBC. It was my neighborhood restaurant so I saw it go from undiscovered gem to a New York institution. When I moved to Dubai I always missed it and made sure to go there every time I was back in New York."

Why did you decide to bring CSBC to UAE?
"Over the years living in Dubai I always felt a restaurant like Clinton Street was missing here. While you have so many great restaurant options for lunch and dinner I always felt a big void for great quality breakfast and brunches here so decided to approach them and open it with my brother. 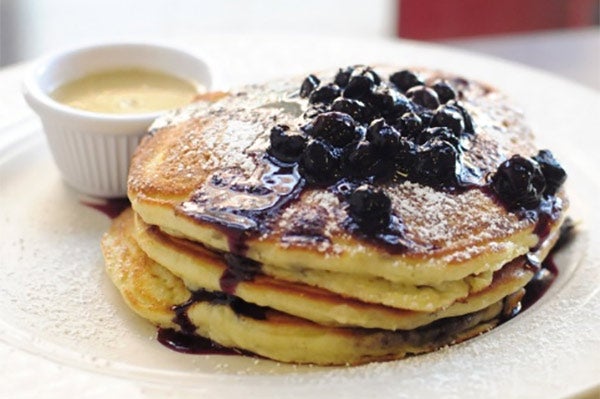 We thought we were bringing a relatively unknown brand to Dubai but were pleasantly surprised to see how many people living in Dubai were already fans of the restaurant. It just goes to show how international and well-versed the residents of Dubai are. I think Dubai has gotten to the point where there are enough people who care about food made from organic and quality ingredients made fresh daily to support a restaurant like CSBC. We make everything from our ice cream to our hot sauces to our smoked salmon fresh in-house. That kind of attention to quality food used to only be seen at the most expensive restaurants in Dubai, but we felt like it was time for casual dining to have those standards as well."

Why did you decide to bring CSBC to UAE?
"The people of Dubai definitely know their food and are quite passionate about it. If you deliver good quality and service they will support and come back again and again. There are way too many options now in Dubai to tolerate poor quality food. This is why we are striving to have the best quality food and service always."

What are your other business endeavors?
"In addition to CSBC, I also own Ayyam Gallery which has two spaces in Dubai. Both businesses allow me to pursue the two things I am most passionate about: art and food! Clinton Street in Burj Views is currently our only restaurant, but we would definitely have aspirations to open more of them as we only have so many seats here in our current space and feel that once more and more people try our food, we will need to open another restaurant."